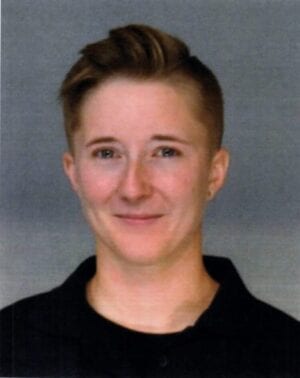 A Clayton County Sheriff’s deputy has been fired after she allegedly placed her service weapon under a handcuffed suspect’s chin when he would not get into a patrol car Tuesday night.

According to his Nixle account, Sheriff Victor Hill said another deputy witnessed the incident and reported it to a supervisor. Deputy Nicole Pitts was placed on administrative leave last night, Oct. 6, Internal Affairs was called in, and Pitts was fired this afternoon, according to Hill.

The Clayton Crescent has filed an Open Records Request with CCSO for further information about the alleged incident and the parties involved. The Nixle post did not name the suspect.

Pitts is the third CCSO deputy or corrections officer to be fired in less than a month.

On Sept. 27, CCSO Correction Officer Gregory Hubert Brown was placed on administrative leave after allegedly referring to a Clayton County Jail inmate as a “crazy n_____.” Brown was fired within 72 hours under civil service rules.

On Sept. 13, CCSO Deputy Brandon Myers was fired, following an Internal Affairs investigation, for use of excessive force and violation of oath in the beating of Roderick Walker during a traffic stop in College Park. Walker and his family were passengers in a vehicle for hire that was pulled over for an alleged taillight infraction. When deputies asked for Walker’s ID, he asked why he needed to show it if he wasn’t the driver. Myers and at least two other deputies got into a scuffle with Walker, video of which quickly made the rounds on social media.

Walker, who had outstanding warrants in Fulton County, was spirited out of the sally port to the Fulton County Jail as news crews waited in plain sight at the Clayton County Jail entrance. (A source cited possible security concerns.) As protestors gathered outside the jail that weekend, word came that Hill had fired Myers.

Walker’s attorneys held a press conference, alleging that their client’s civil rights had been violated and that he had suffered numerous injuries, including mild traumatic brain injury, during the incident. They called on Clayton County District Attorney Tasha Mosley to drop Walker’s charges.

An investigation by The Clayton Crescent has turned up evidence of previous incidents in which Myers had been written up for excessive force at other agencies. We’ll have more on that story soon.

Hill, who has refused to speak with reporters for years since beating a grand jury indictment on racketeering charges, is running for re-election against a write-in candidate, former Georgia State Patrolman Dwayne Fabian. Critics of Hill say he has fired numerous deputies over the years and that both patrol and jail operations are short-staffed as a result.

Hill has come under scrutiny for allegedly arresting and strapping a man into a jail restraint chair for several hours over a payment dispute with a sheriff’s deputy.

Hill and other top CCSO brass are named defendants in a string of federal cases and one case pending in Clayton County.

The Southern Center for Human Rights and the ACLU of Georgia also have filed federal cases against Hill, alleging unsafe jail conditions, price gouging, and inadequate COVID-19 prevention efforts. Hill’s legal spokesman previously stated, “There is no outbreak of COVID-19 in our facility.  The media has falsely exaggerated the facts to suit their story. As the Legal Advisor for the Clayton County Sheriff’s Office,  I have reviewed the allegations in the lawsuit, and we will vigorously defend against this lawsuit in a court of law, not in the press.” As of July 9, according to an e-mail from Clayton County Health District Chief Epidemiologist Dr. Olatanwa Adewale, 72 inmates had tested positive for COVID-19.

On Aug. 4, The Clayton Crescent reported on an April e-mail, included in federal court documents, that the Clayton County chief epidemiologist had sent to CorrectHealth medical personnel in April stating “officially, you guys have an outbreak going on.”

On Aug. 13, Hill announced that he had presented the jail’s contract physician, Dr. Charles Clopton, with an award for “keeping COVID-19 infection spread under 1%.” Hill said, “Numbers do not lie, but unfortunately some media outlets do.  Interestingly, the Clayton County Jail came under attack by organizations who filed frivolous lawsuits and some media outlets for having an alleged ‘outbreak’ of Covid-19.”

In that Nixle post, Hill also denied an inmate’s claim that another inmate was found dead on a toilet in his cell and that a corrections officer did not want to go get his body for fear of catching COVID-19. The Clayton County Health District confirmed to The Clayton Crescent that at least one inmate had died of COVID-19 on June 7. According to Hill, the inmate, who CCSO has not named, “passed away after being arrested for a murder at a assisted senior living center” and that Clopton had said the inmate “‘had multiple cardiovascular medical problems which contributed to his death.’” Hill did not say whether the inmate had been convicted of the alleged murder.