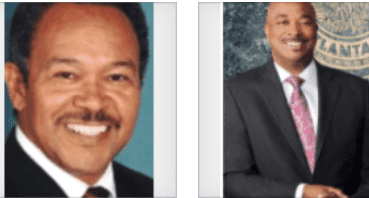 Kwanza Hall and Robert Franklin will face each other in a December 1 runoff for the late Rep. John Lewis’ unfinished term.

With 100% of precincts reporting, the unofficial count in Clayton County (with a minuscule turnout of 2,249) expressed greater support for “Able” Mable Thomas and Keisha Sean Waites than for Franklin:

The winner of the Dec. 1 contest will serve the “Fighting 5th” for about one month, then be replaced by the winner of the Nov. 3 runoff. The late Rep. John Lewis won the primary before he died and the Democratic Party of Georgia chose Nikema Williams to take Lewis’ place. Williams faces Republican Angela Stanton King in a heavily Democratic district. The winner will take Lewis’ longtime seat in January 2021.