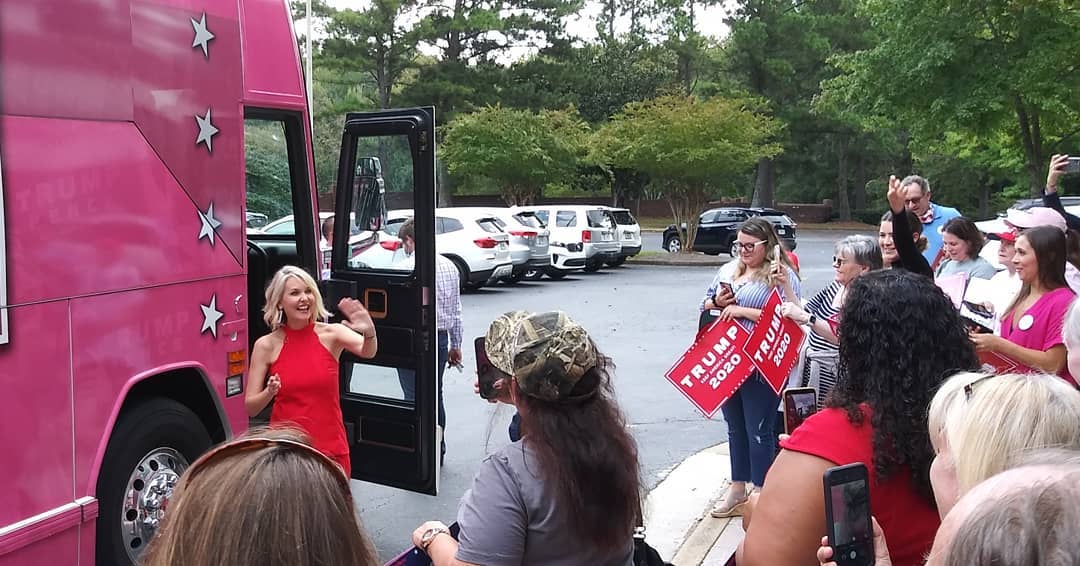 Clayton County Republicans have a new home base for the 2020 Presidential campaign in Morrow.

The “Georgia Trump Victory Region 4 Field Office” opened a few weeks ago at 1590 Adamson Pkwy., Suite 145, just off I-75 and Jonesboro Road, and serves as the site for most of the group’s meetings and events, according to the Clayton County Republican Party’s Facebook page. Its proximity to Hartsfield-Jackson Atlanta International Airport and Tara Field also facilitates a wider campaign trail. (On July 15, President Donald Trump made a stop at UPS’ airport facility in Hapeville.)

“It is a fabulous facility,” said Trudy Smith of Forest Park, who says she’s more of an independent than a Republican and has voted for both Republicans and Democrats. “It is something that Clayton County has needed for quite a while. Even though Clayton County is a blue county, everyone should have a place to express their views.”

The party has been active in Clayton County this election season, with two major events in Morrow in September alone.

On Sept. 15, Eric Trump spoke to supporters. And on Sept. 27, a hot-pink bus emblazoned with Women for Trump pulled up to the field office, where Georgia Republican National Committeewoman Ginger Howard greeted the crowd.

Some members complained that they had not been able to attend the Eric Trump event, which organizers said they’d only learned about the night before.

“Just to clarify, our active members received a text inviting them to an event with Eric Trump as soon as we found out about the event,” CCGARP explained on Facebook. “The members who replied to the RSVP-only invitation text were given the time and address of the event. The event had a very limited capacity, and was only open to active Republicans in Henry and Clayton. No response to an RSVP invitation implies that you are not available or interested.”

The party meets the last Thursday of each month at locations announced in advance. The Georgia Women for Trump will phone bank on Wednesday, Sept. 30 from 6:30p.m. to 9 p.m. Social distancing and PPE are required. Interested individuals can contact Kendall McCarty at (803) 530-4075 or kendall@gopga.org for details.