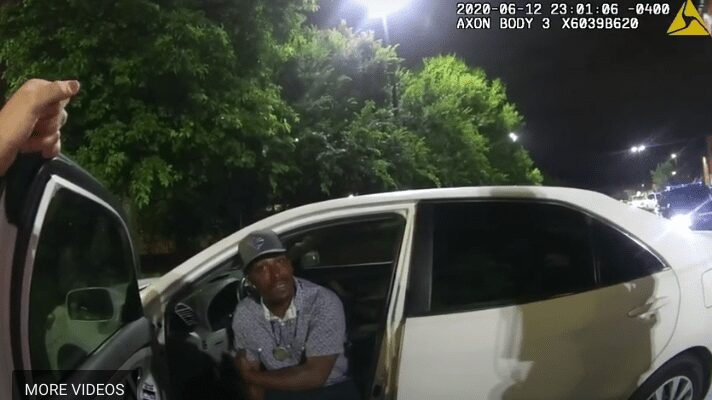 The Georgia Bureau of Investigation has turned over its investigation of Rayshard Brooks’ June 12 fatal shooting by an Atlanta Police officer to the Fulton County District Attorney’s Office, Fox 5 Atlanta reports.

“Today, September 28th, 2020, the GBI provided the completed officer involved shooting investigation involving Atlanta Police and Rayshard Brooks to the Fulton County DA’s office,” said GBI spokesperson Nelly Miles. “The investigation remains open.  As such, the case file is not available for release at this time.”

Former Atlanta Police Ofc. Garrett Rolfe has been charged in the shooting, which happened in the parking lot of the Wendy’s on University Avenue in Atlanta. Police were called to the scene after Brooks fell asleep in his car in the drive-thru. Body camera video shows Brooks asking whether he was in Forest Park and stating that he thought he was just down the street from the Home Lodge motel. About 40 minutes into the encounter with Rolfe and Ofc. Devin Brosnan, who has been charged with aggravated assault and violating his oath, a struggle between the three men ensued. Brooks, who was on probation and had recently made a video recording explaining the difficulties of meeting all the requirements that probation entails, apparently panicked, grabbed a Taser, ran, then turned and fired it. Rolfe then shot Brooks twice in the back. Brooks later died at a hospital.

Here is a video of Rayshard Brooks discussing problems with the probation system and his own desire for rehabilitation:

Community response was swift amid weeks of Black Lives Matters demonstrations already happening throughout metro Atlanta, with protestors occupying the Wendy’s for days afterwards. Some at the scene June 13 torched the Wendy’s, including Natalie White, a woman identified as a friend of Brooks’ who was charged with first-degree arson. On July 4, vigilantes who had blocked off the road nearby later opened fire on a vehicle that was trying to turn around, killing 8-year-old Secoriea Turner, the cousin of the City of Forest Park’s business services specialist, Tiffanie Robinson. Julian Conley, 18, later turned himself in. On July 14, Wendy’s razed the property, including handmade memorials to Brooks that were part of an unofficial Rayshard Brooks Peace Center.

Rolfe remains free on $500,000 bond, which a judge refused to revoke after Rolfe took a vacation in Florida. Brosnan is free on a $50,000 signature bond.

If you or someone you know is struggling with returning to society after serving time, contact the Offender Alumni Association for help, including support meetings in person Thursdays at 6 p.m. at Hearts to Nourish Home, 640 Georgia Hwy. 138 in Riverdale, or via Zoom.