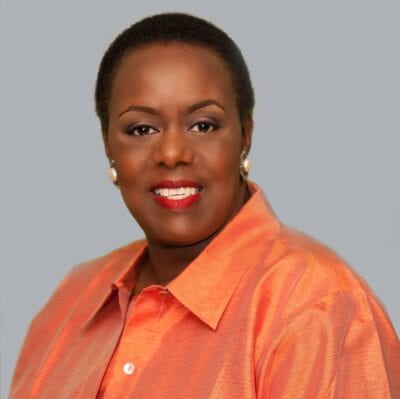 Georgia State Rep. “Able” Mable Thomas (D-56, Atlanta) is calling for an end to no-knock warrants in Georgia in a Sept. 25 press release.

Thomas, who is one of the candidates running to finish the late Rep. John Lewis’ final term in the U.S. House of Representatives, was a cosponsor of HB 1209 during the 2020 session, which would outlaw no-knock warrants. The bill defines “no-knock provision” as “a provision in a search warrant that authorizes the executing officer to enter without giving audible, verbal notice of such officer’s presence, authority, and purpose” and would prohibit warrants with no-knock provisions from being issued.

“It is time for the Georgia House of Representatives to pass legislation to address the dangerous, and sometimes deadly, use of no-knock warrants,” Thomas said. said. “I strongly believe that neither Breonna Taylor nor Kathryn Johnston, who was my constituent, deserved to die at the hands of state and police misconduct. It is time to demand justice for Breonna Taylor as we did for Kathryn Johnston. The state of Georgia needs to follow Atlanta City Council’s lead on this issue and pass House Bill 1209 to repeal the deadly no-knock warrant process.”

Rep. Thomas was instrumental in the English Avenue community’s response to the 2006 police shooting of Kathryn Johnston, 92. Johnson died in a hail of bullets after Atlanta Police officers burst into her home and she fired a single shot. APD officers fired 39 shots, hitting each other as well as Johnson. One officer, Jason R. Smith, later admitted to planting drugs from another case in Johnson’s house. A police informant later told Fox 5 that police had pressured him to lie about buying drugs at Johnson’s home. WSB reported that a detective involved in the raid, Gregg Junnier, told the Federal Bureau of Investigation that police lied about some details to get the no-knock warrant.

Junnier, Smith, and Arthur Tesler later pleaded guilty to conspiring to violate civil rights resulting in Johnson’s death, along with other charges, and were sentenced to various federal prison terms between 5 and 10 years. A judge also ordered the officers to reimburse the family’s funeral expenses.

The case led to both state and federal investigations of APD and review of about 100 other cases. The narcotics team was placed on administrative leave. Following this incident and the 2009 raid on the Eagle Bar in Midtown, the Red Dog Unit was disbanded in 2012.

As a result of the Johnston case, the Atlanta Police Red Dog unit was abolished, the DC 6-disorderly conduct law was overturned, and the Citizen Police Review Board was reinstated by Atlanta City Council. Kathryn Johnston’s family also received a $4.9 million settlement. Thomas and local activists created the Kathryn Johnston Memorial Park opened last year in the English Avenue/Vine City neighborhood, which uses “green water mitigation” in an area that had been plagued with sewer overflows.