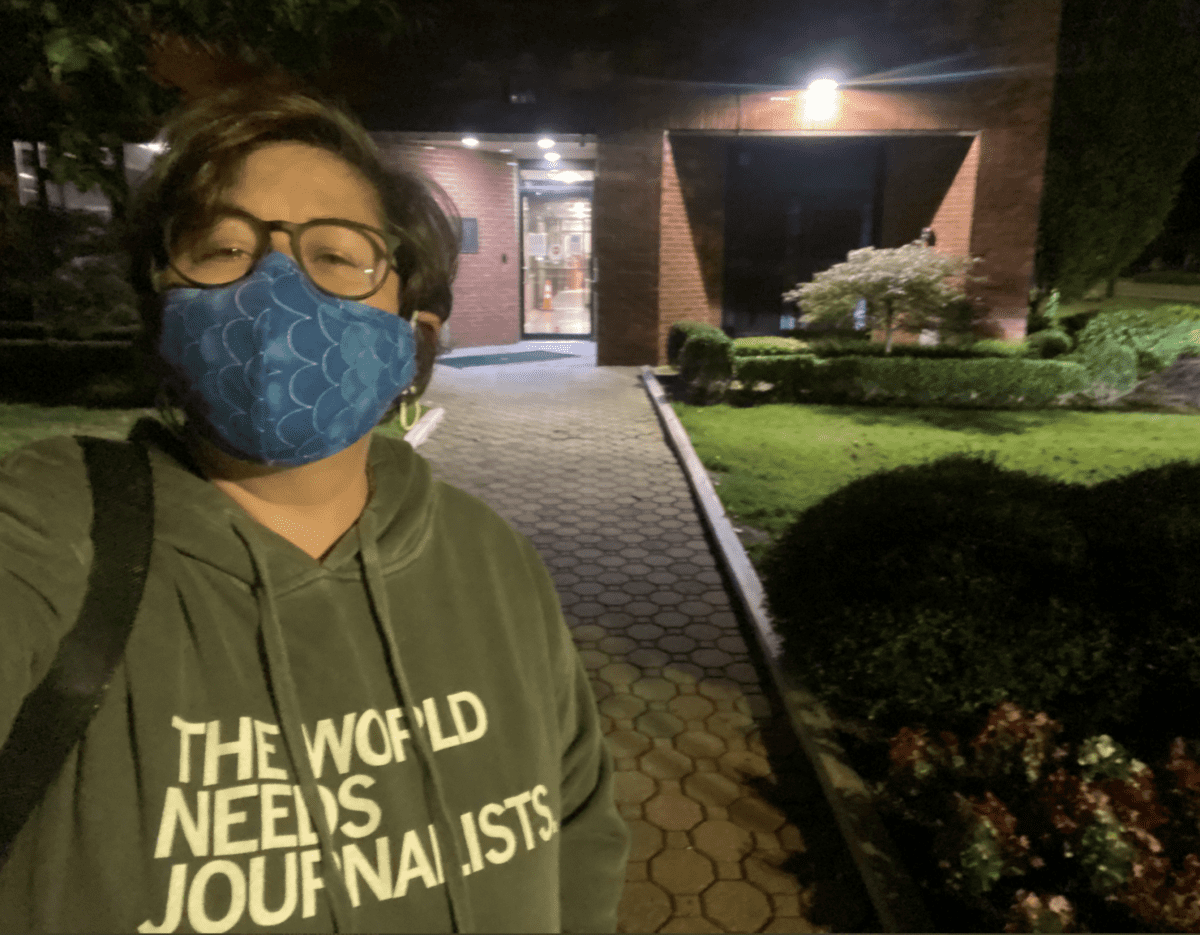 UPDATE 4:36 p.m. Sept. 22: The City of Forest Park has uploaded video of the Sept. 21 meeting to its YouTube channel.

The Clayton Crescent’s reporter, Robin Kemp, was removed from the Sept. 21 City Council meeting by Police Chief Nathaniel Clark, who said he was doing so at “the mayor’s request.”

Forest Park is Clayton County’s largest city by population and is the nexus of warehousing and transportation in the metro area.

Forest Park city leaders have declared council chambers closed to the public for several months due to the COVID-19 pandemic, citing health and safety concerns. The digital sign in front of City Hall, which has not advertised the current council meeting since May, also declares that all city buildings and parks are closed to the public until further notice.

However, during this same period, the city has hosted gatherings open to the public:

The first page of the Sept. 21 agenda posted to the city’s website indicated that the meeting was open to the public. The second page said that the meeting would be livestreamed on the city’s YouTube channel. It also contained links and passcodes to the Zoom meeting and dial-in numbers for listening in by phone. It also contained a link for the public to submit public comment questions by 12 noon, several hours before the meeting.

Most council meetings held via Zoom since the pandemic began have been plagued by inaudible conversations. The city, which recently renovated council chambers, had blamed the problem on defective microphones and promised to address the audio issue. Not all participants’ votes are audible and the results of the vote are generally not announced. Slideshows by people making presentations to council are not always visible. Viewers get a static wide shot of the council from one side of the dais that sometimes includes the podium where speakers address council.

Citizens historically have been active participants in the public comment period. Since the meetings were physically closed to the public, participation has dropped almost completely.

During the Sept. 21 meeting, the Zoom feed the reporter accessed contained black video and an audio feed only. A check of the city’s YouTube site revealed only a recording of the previous meeting. A check of Facebook turned up a Zoom feed with video and audio being streamed through Facebook Live. However, that audio was still difficult to hear in places and appeared to start and end in the middle of a discussion on whether to hire an outside auditor to examine city departments’ performance.

The reporter walked up to the outside door of council chambers and found it locked. A sign indicated masks were mandatory. The reporter, wearing two masks and a filter, was admitted to the vestibule by a Forest Park Police officer. The reporter offered her bag, which contained a camera and papers, to be searched, as is customary. The officer said the building was not open to the public. The reporter identified herself as a representative of The Clayton Crescent who was there to cover the meeting. The officer said the city had a list of people who were allowed to enter the meeting. The reporter said she did not believe she was on the list but that, as a member of the press, she should be able to cover the meeting.

The reporter entered chambers and observed social distancing by choosing a seat in the rear left corner away from others present. At that point, Chief Clark approached the reporter, sat down next to her, and said she would have to leave. The reporter asked why. Clark replied that it was at Mayor Angelyne Butler’s request.

The reporter left and was followed out by Chief Clark. She informed the officer on duty that neither she nor Clark were sure of whether or not she could remain in the meeting, stated that she believed she could, and that she would contact the Georgia First Amendment Foundation and an attorney for clarification.

@wsbtv @FOX5Atlanta @11AliveNews @gpbnews @ajc @maggie_a_lee @NewsMariaWT
I was just escorted out of council mtg in Forest Park by police chief who said it was at mayor’s request b/c bldg “closed to public“ (thread)https://t.co/8nvvp1uY4v pic.twitter.com/Kcp5Z6Rp6s

In the parking lot, two women sitting in their cars asked the reporter whether they were allowed to go inside. The reporter said she was not sure ans asked one woman whether she was an attorney, That person said she and the other woman were there for an executive session (a session of the governing body that is closed to the public so officials can discuss pending legal, personnel, or real estate matters). The reporter replied that she believed they would be welcomed with open arms but that she was a reporter and had been asked to leave.

The reporter waited in the parking lot, checking the video feeds to see whether the council had entered or left executive session. At one point, Councilman Dabouze Antoine came outside and confirmed that the council had voted to pass a proposed contract for a departmental audit at an estimated price that had not ben stated on the agenda.

Shortly after 10 p.m., the women who said they had come for an executive session returned to their cars and left. The mayor and councilmembers left around 10:30 p.m. with no comment.

The Clayton Crescent has filed on Open Records Request with the city for the following records:

The First Amendment of the U.S. Constitution states, “Congress [government] shall make no law respecting an establishment of religion, or prohibiting the free exercise thereof; or abridging the freedom of speech, or of the press; or the right of the people peaceably to assemble, and to petition the Government for a redress of grievances.”

The City of Forest Park posted video of the Sept. 21 meeting to its YouTube channel the afternoon of Sept. 22. You can watch that meeting here: