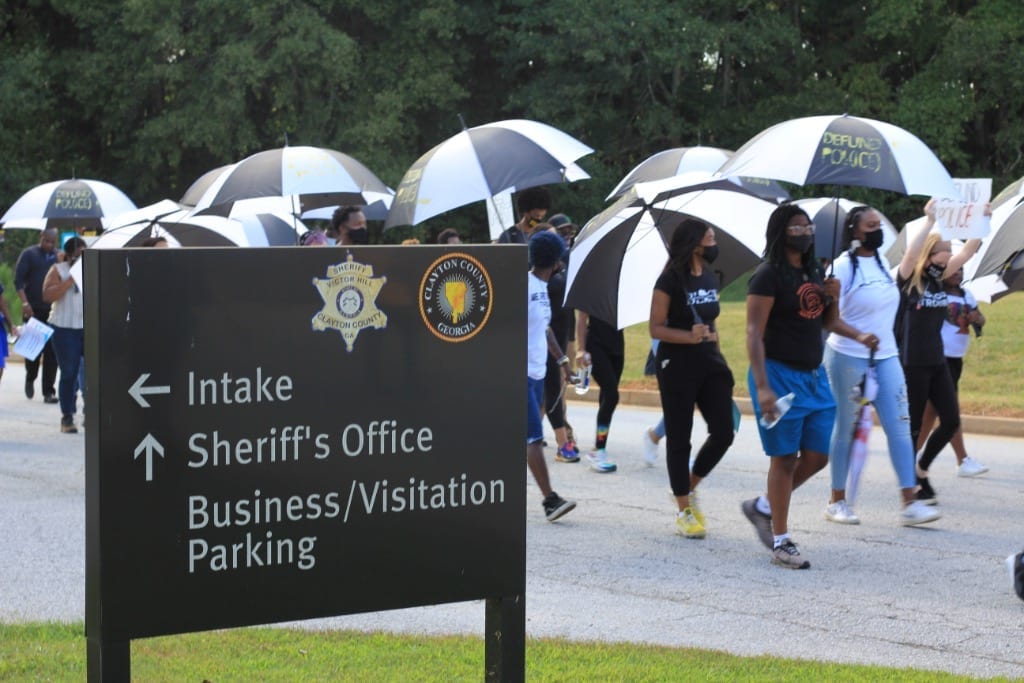 About 80 demonstrators protested at the Clayton County Jail on Sunday, Sept. 13, demanding justice for Roderick Walker, who was beaten by a Clayton County Sheriff’s deputy in College Park on Sept. 11. Walker, who along with his girlfriend and two small children, were riding in a hired SUV after dropping off a rental car. The driver was pulled over for an alleged taillight violation. When deputies asked Walker for his ID, he asked why he had to produce it if he wasn’t driving. Deputies told him to step out of the SUV, then restrained him on the ground as his family screamed. He was arrested and charged with two counts of battery and two counts of obstruction.

Clayton County Sheriff Victor Hill conducted an internal investigation and fired the unnamed deputy for using excessive force. Demonstrators said that wasn’t good enough, calling for Hill’s resignation and criminal charges against the deputy. Walker was being held on warrants from other jurisdictions. His legal team said they would ask DA Tasha Mosley to drop the case, given the circumstances of Walker’s arrest. As of press time, Walker has a preliminary hearing set for Oct. 7 at 8 a.m. The court calendar listed public defender Adeline Alexander as counsel.