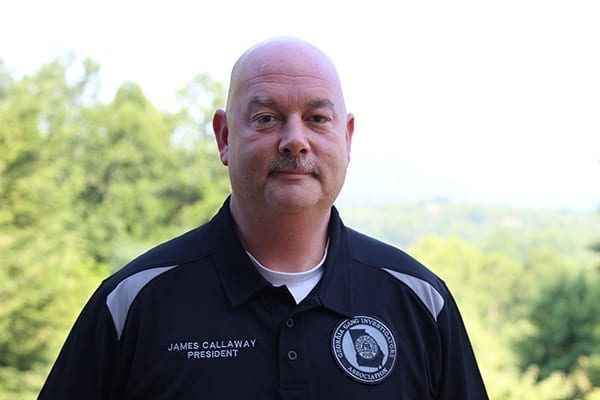 Callaway said he turned in his resignation Friday, Sept. 11 and will finish out the month to help with the transition before starting his new job Oct. 4.

“I have no issue with Morrow,” he said. “I didn’t leave because I was unhappy, I had no issue with mayor or council. I left because of a better opportunity.”

He said he’s discussed several possible interim chief candidates with the city manager, mayor, and council, who would appoint that person, then conduct a search for a permanent chief.

City Manager Sylvia Redic told The Clayton News, “Morrow will certainly miss our beloved Chief. He has done an excellent job as Chief and before being Chief–but life offers opportunities from time to time, and we cannot begrudge anyone for pursuing them. Only the best of wishes and feelings for Police Chief Jimmy Callaway!”

Callaway came to the department in 2006 and worked his way up the ranks to chief in 2016. Prior to Morrow, Callaway was with the Rockdale County Sheriff’s Office and MARTA Police.

In his new job, Callaway will be in charge of investigations of election fraud allegations in all of Georgia’s 159 counties.

Callaway said it was an opportunity he couldn’t pass up and that he had no issues with city officials. In June 2019, after losing a bid for Coweta County Sheriff to incumbent Lenn Wood, Callaway said he was “working for all of Georgia,” specifically with Gov. Brian Kemp and Attorney General Chris Carr.

In addition to election fraud, Callaway said, his investigators also look into complaints about businesses licensed by the state, such as funeral homes, cemeteries, cosmetologists, private detectives.

Callaway said Raffensberger “has done a really good job” of streamlining such investigations, then sending them to the county prosecuting attorneys or the attorney general for legal action.

Callaway, who also is president of the Georgia Gang Investigators Association, said his new employers will let him continue in that capacity.

LISTEN: Morrow Police Chief Jimmy Callaway was a guest in May on The Real Story with Robin Kemp