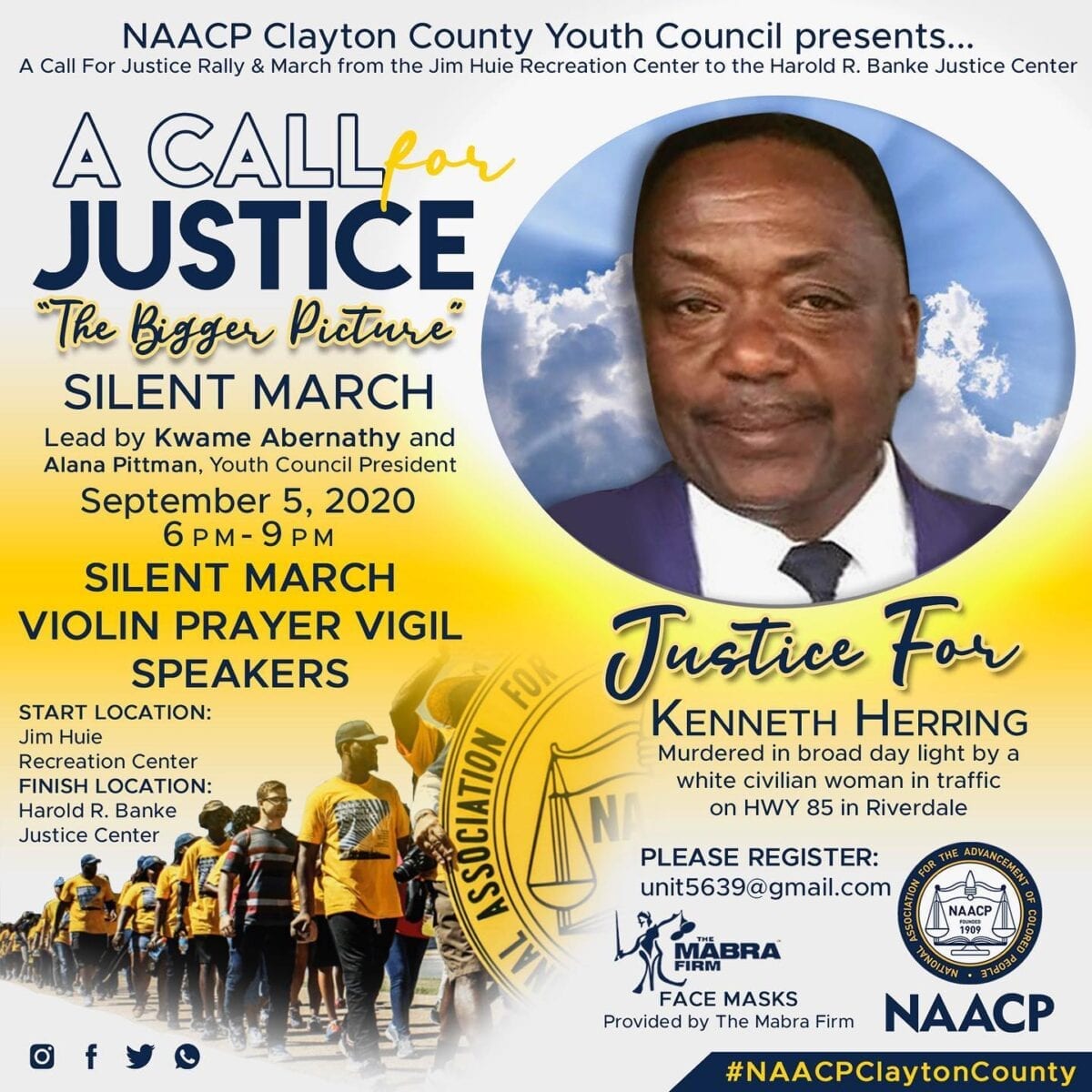 The NAACP Clayton County Youth Council will hold a silent march to demand justice for Kenneth Herring, the Riverdale man who was shot dead by Hannah Palmer after a traffic incident last year.

“She actually participated in a peaceful march in Fayette County, and she was so impressed,” Baldwin said. “She said how beautiful it was and, you know, how the people of the generations, the racial mix, it was beautiful to have.”

Baldwin said Pittman expressed concern about two issues: the incident in which a Clayton County Police officer detained several middle schoolers at gunpoint, and the fact that Payne has not yet gone to trial for Herring’s May 7, 2019 shooting. Police say Herring had been involved in a minor traffic accident and may have been trying to drive himself to the hospital during a medical incident. They allege that Payne attempted a citizen’s arrest by cutting off Herring in traffic, drawing a pistol on him, ordering him out of the car, despite a 911 operator’s instructions not to follow him.

Payne’s attorney, Matt Tucker, has said that a struggle ensued over the gun and Herring was fatally shot in the chest. In court documents, he portrayed Payne as an all-American girl next door who had acted in self-defense and “learned a very valuable lesson.”

The Clayton Crescent tried to reach Tucker for comment on the march and his client’s case but was unable to reach him after business hours Friday.

Payne remains free on bond as of press time. Due to the COVID-19 pandemic, jury trials were suspended for some time

According to Baldwin, Pittman then asked local law enforcement leaders whether they would protect Clayton County’s youth “from infiltrators and those who would seek to cause chaos” if the group held a peaceful march: “‘If we, the students, the young people in Clayton County march, will you protect us?’ They all resoundingly said ‘Yes.’ So knowing that she would be protected, she began to formulate the march.”

Baldwin said she expects about 100 marchers. To keep “bad actors” from blending in, Baldwin explained, everyone who wants to take part must register in advance and wear an NAACP face mask. Marchers must show up at 5 p.m. to present a driver’s license and other identifying information. Each participant will get an NAACP backpack containing an NAACP mask, bottled water, and written marching orders. 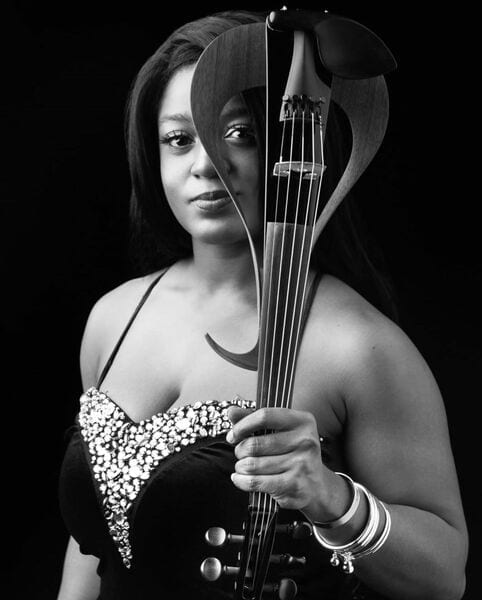 The silent march will feature music by award-winning violinist Evonee Mitchell, along with voter registration and 2020 Census counting on site.