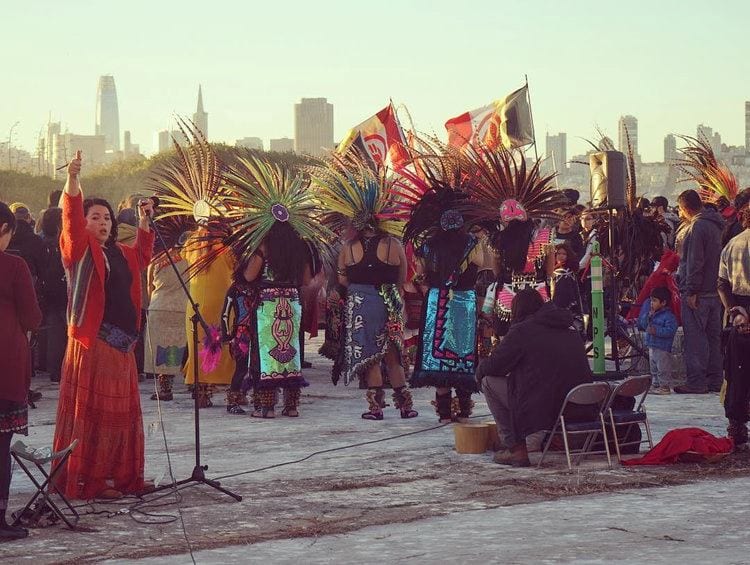 Fans of independent film in the Southern Crescent, rejoice! The Southern Circuit Tour of Independent Filmmakers Series, which is funded by SouthArts and the National Endowment for the Arts, returns to Hapeville in spite of the COVID-19 pandemic.

The series fills a void in art house film on the Southside, bringing together local audiences and independent documentary filmmakers for screenings and discussions. Hapeville is one of over 100 towns that have screened more than 300 documentaries before live audiences.

This season kicks off with two virtual screenings of Coded Bias, a film that examines how artificial intelligence impacts civil liberties, especially for women and minorities. You can register in advance for either the Sept. 15 or Sept. 20 online screening. At showtime, you’ll have one hour to start watching and up to three hours to finish watching.

The City of Hapeville says it will follow whatever the Georgia Department Public Health’s current social-distancing requirements are for the rest of the series. Screenings usually are held at the Historic Christ Church and Carriage House, which is the little white church in Jess Lucas Teen-Y Park. There’s usually a reception and meet-and-greet with the filmmaker(s) in the hour before the screening, followed by the film and a question-and-answer session afterwards.

Here’s the lineup, along with a sneak peek at each film:

This film is a virtual screening only

Computers are already doing too much. Now, their algorithms are soaking up the biases of the people who created them–and applying those biases to real-world human beings. MIT Media Lab researcher Joy Buolamwini investigates why most facial-recognition software misidentifies women and people with darker skin, and what that means for our civil liberties.

Big Fur follows Roy Orbinson impersonator and world-champion taxidermist Ken Walker as he builds a life-sized Bigfoot. Walkers work is in the Smithsonian and has been featured in National Geographic. Follow his quest to win the National Taxidermy Championships with his massive mythical creature while he searches for equally-elusive love.

Working for tips means your minimum wage is $2.13 per hour. In New Orleans, Chicago, and Detroit, servers, bartenders, rideshare and delivery drivers, and others who rely on tips to survive are fighting to end tipped minimum wage and other abuses in the service industry. Featuring Jane Fonda, Rep. Alexandria Ocasio-Cortez, Nataki Rhodes, Saru Jayaraman, Andrea Velasquez. and Wardell Harvey.

Follow the Chiu family as they travel through Mississippi to trace their ancestors. What they find is a complicated history of Chinese Americans living through Southern segregation and the Chinese Exclusion Act of 1882, which banned Chinese immigrants from entering the U.S. for a decade. Featuring Rep. Judy Chu, Levon Jackson, Carolyn Chan, Gordon Chang, John Jung, Jane Hong, Charles Chiu, Baldwin Chiu, and Edwin Chiu.

American Indian Movement leader Madonna Thunder Hawk created the “We Will Remember” Survival School as a Native American alternative to government schools. Her daughter Marcy and the children of other activist women became the next generation of warriors for indigenous culture and are battling the devastation caused by the Dakota Access Pipeline.

Before 1973, to be gay, lesbian, or trans meant that you were sick, socially outcast, and in need of a cure. Electroshock therapy, hysterectomy, and castration were among the prescribed treatments. Although the 1969 Stonewall Rebellion brought national attention to LGBTQ oppression, other acts of resistance culminated in 1973, when the American Psychiatric Association removed homosexuality from its list of mental disorders.