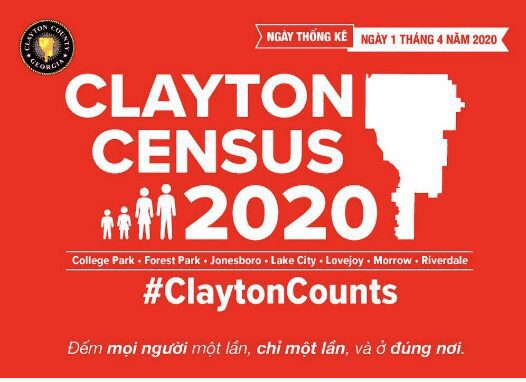 U.S. Senate candidate and Georgia House Dist. 74 Rep. Valencia Stovall says pregnant women should list their fetuses on the 2020 Census. The U.S. Census specifies that any baby born after April 1, 2020 should not be counted.

Stovall’s comment comes as the Sept. 30 deadline for the 2020 Census draws near and county officials are urging residents to fill out the count.

In a press release issued Sept. 2 urging Clayton County residents to take part in the Census, Stovall said, “Everyone should be counted, even unborn babies. For the next 10 years, federal funding will be allocated based on population for schools, libraries, road improvements, quality of services, redistricting and much more. Many families also depend on the data for genealogical searches.”

However, the U.S. Census website specifies that no child born after April 1, 2020 should be counted in the 2020 Census:

Public Relations Branch Chief Virginia Hyer directed The Clayton Crescent to Title 13 U.S.C. 141 (a), the federal law that states “The Secretary shall, in the year 1980 and every 10 years thereafter, take a decennial census of population as of the first day of April of such year, which date shall be known as the ‘decennial census date.'”

April 1, Census Day, is not a deadline, according to the Census Bureau, but a snapshot of who was living where on that day: “We use this day to determine who us counted and where in the 2020 Census. When you respond, you’ll tell the Census Bureau where you live as of April 1, 2020, and include everyone who usually lives and sleeps in your home. You can respond before or after that date. We encourage you to respond as soon as you can.”

Stovall told The Clayton News that she had not been aware of the Census rule when she issued the press release.

Various anti-abortion groups also are calling for fetuses to be counted in the 2020 Census, based on the belief that a fetus is a separate person from a pregnant woman. They argue that children who will be born in 2020 should be included in the Census count, which only happens every ten years. In February, a Tennessee lawmaker introduced a bill to give cities and counties a “special census” that would count fetuses towards distribution of state funds.

Ever since the Supreme Court ruled in 1973 on a woman’s right to privacy regarding her decision to choose abortion in Roe v. Wade, the issue of when legal personhood begins has been a hot-button political issue. In July, a federal court struck down Georgia’s “heartbeat” law in SisterSong v. Kemp, ruling that a ban on abortions after six weeks violated the Fourteenth Amendment.

Under federal law, “the words ‘person’, ‘human being’, ‘child’, and ‘individual’ shall include every infant member of the species homo sapiens who is born alive at any stage of development,” meaning “the complete expulsion or extraction” outside of the mother’s body.