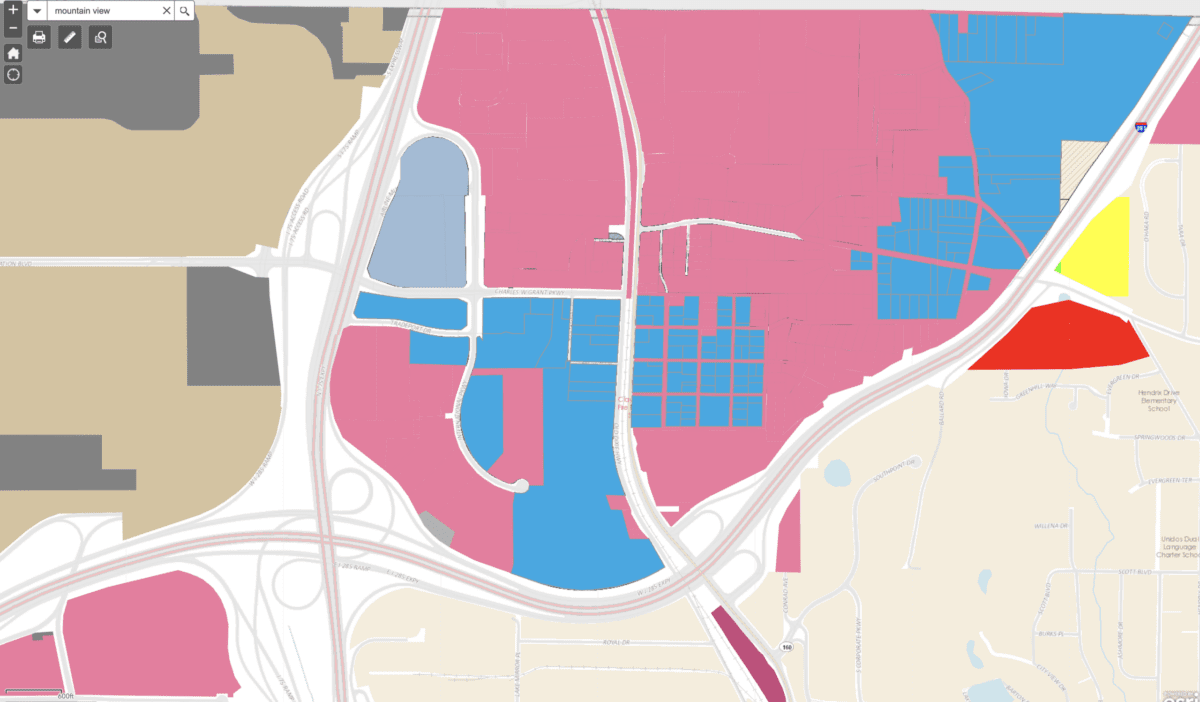 The Clayton County Board of Commissioners will hold a work session at 5:30 p.m. on Tuesday, Aug. 25 to discuss a major new zoning change, MARTA and transit-oriented developments, the Development Authority executive directorship, countywide trash service, and board appointments.

Here are some resolutions related to the INDP proposal, which would apply to parts of Mountain View:

Resolution 2020-83, which the BOC unanimously approved May 19, “initiate(s) Amendments to Appendix A, Articles 2 and 3 to create an Industrial Park Zoning District known as INDP; to set forth the permitted uses and development standards for said District”

Resolution 2020-87, also unanimously passed May 19, initiated rezoning of 32 parcels (with related map changes) to INDP in the Mountain View District.

The parcels in question do not appear in the posted agenda packets nor are they attached to copies of the resolution on the BOC website. The Clayton Crescent has asked for the list of parcels that would be zoned INDP.