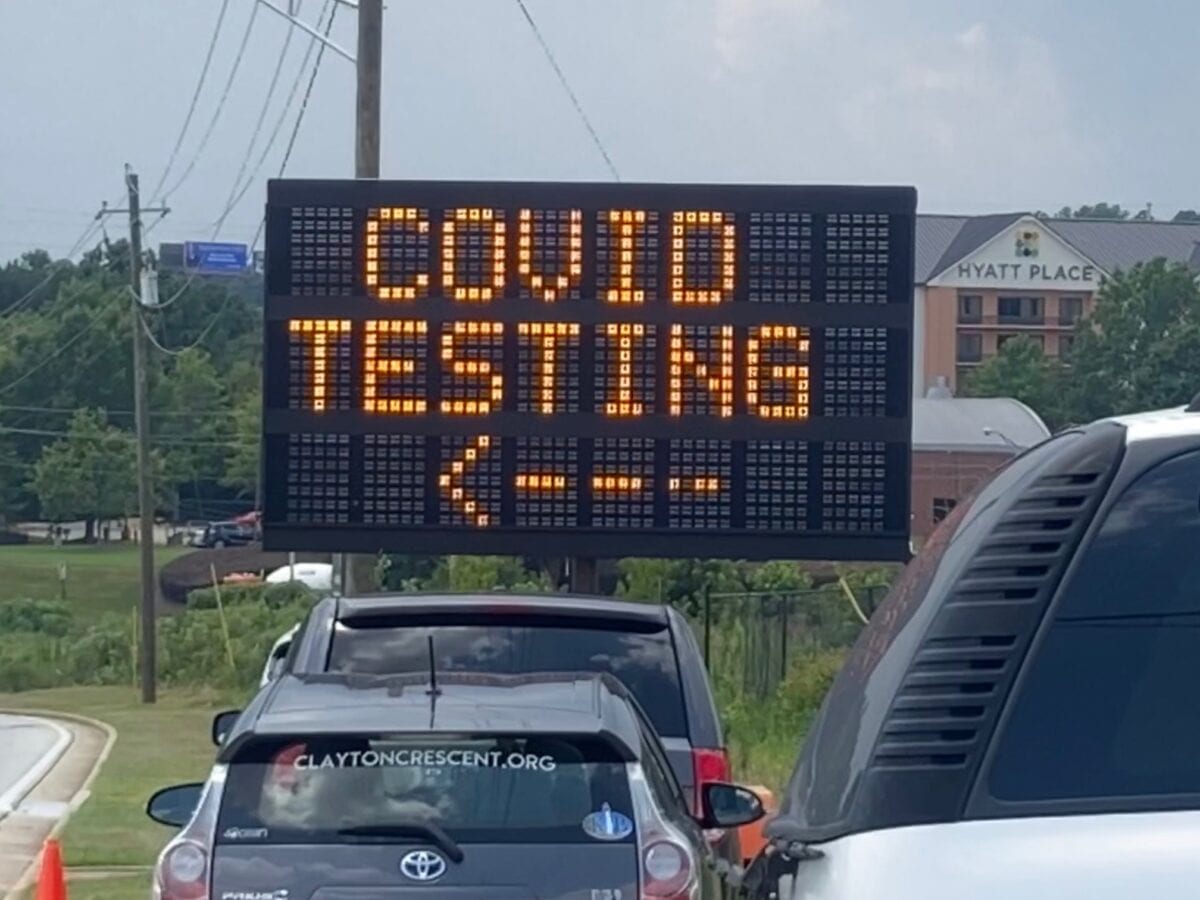 More than 5,000 people in Clayton County have tested positive for COVID-19–and that trend has been upward since July 5, according to state health officials, with 13 deaths reported in Clayton County so far this month.

As of Monday, August 10, the Georgia Department of Public Health confirms 5,059 cases on its daily update dashboard. Of those, 834 were in the past two weeks. 110 people from Clayton County are known to have died of the disease, according to GDPH’s dashboard, with data for 109 available as of press time.

Based on figures from the Clayton County Health District, 4,475 cases have been confirmed in Clayton County to date. The discrepancy between the state and county figures is usually due to missing information about some cases. 32 cases are listed as “missing” as of August 10, according to county figures.The cities with the most cases are Jonesboro (1,428), Riverdale (1,031), and Forest Park (509):

Here is the Georgia Department of Public Health’s accounting of the people from Clayton County who have died of COVID-19 to date. If you have lost a loved one to COVID-10 and would like to share that person’s photo and a brief bio, we would like to publish it. It is our goal to account for every single Clayton County resident who has been lost to COVID-19, by name and face, as opposed to statistical descriptors:

A massive COVID-19 “mega-testing site” has opened at 1800 Sullivan Road next to Hartsfield-Jackson Atlanta International Airport. Free testing is available from 9 a.m. to 5 p.m. Mondays through Fridays through Aug. 26.

The site, which is shaded by the blue awnings of the shuttle parking lot, is capable of testing 5,000 people per day. You do not need to show any symptoms to get the nasal swab test. However, GDPH recommends that you make an appointment online at https://www.doineedacovid19test.com/ .

The site comes at the recommendation of the White House Coronavirus Task Force because Atlanta is a national hotspot for the virus. According to Georgia’s plan submitted to federal health officials, “Beginning in July, Georgia will incrementally scale testing from 2% up to 4% of the population by December 2020. The State’s goal is to complete approximately 2 million PCR tests within this 6-month time period. The incremental approach planned allows for resource adjustments to accommodate the increase in testing, particularly the availability of testing kits and testing reagents. This approach sets a month by month goal, with approximately 245,454 tests in the month of July, a steady increase of 0.33% per month, reaching approximately 420,799 completed tests in the month of December.”

Kemp said there are “numerous” hospital beds available at both Piedmont Tower and the Georgia World Congress Center, and said “we have seen some encouraging signs in recent weeks. For the first time since July 18, our active hospitalizations are below 3,000.”

Since the beginning of the COVID-19 crisis, hospitalizations by county include 524 people in Clayton, 1,882 in Fulton, and 1,615 in Dekalb.