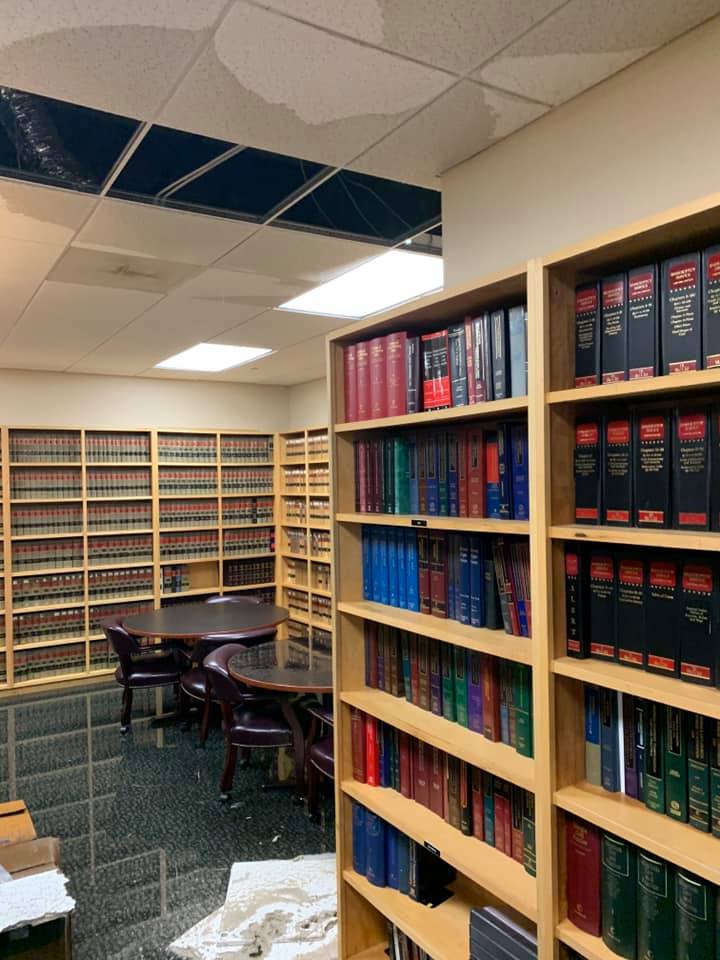 Burst pipes in the Clayton County Courthouse have done extensive damage to the second and third floors — and the July 15 incident is not the first time this has happened.

“As best that we can determine right now a quarter of the courthouse was affected by water damage which may have penetrated several of the walls,” said Chairman Jeff Turner. “If so, portions of the sheetrock and molding will have to be removed and replaced.”

Plumbing is an ongoing issue for the Justice Center complex.

In addition, remediation had to be done to the Justice Center last summer to remove “microbial growth in the stairwells” on the first floor and to remediate Courtrooms 201 and 202. Stachybotrys, or black mold, was found on the air ducts in Courtroom 202 “due to mold being on the air duct vents.” Here is that work order:

Although the courthouse is relatively empty due to the COVID-19 emergency, clerks, deputies, and other staff are still on duty in the building.

In addition, an inmate in the Clayton County Jail recently told The Clayton News that leaking pipes were dripping water onto at least one bunk in the jail, that “little dots” of mold spotted the walls, and that “fuzzy” mold was growing in a men’s shower area.

More on this developing story soon.