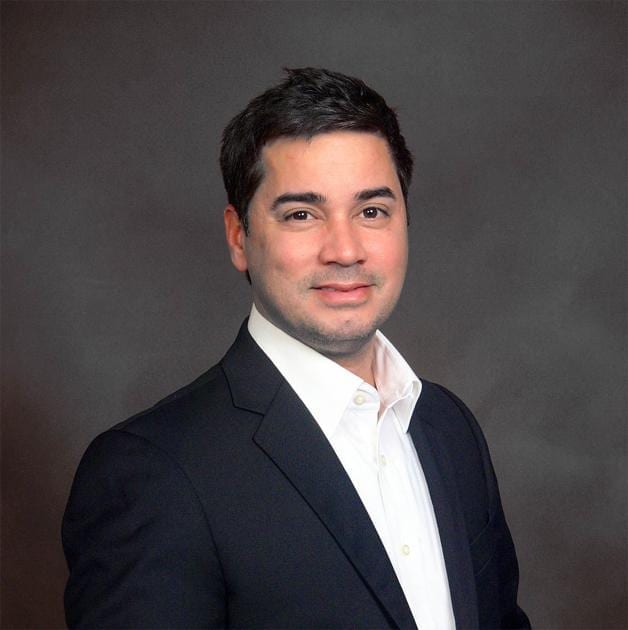 Award-winning architect Joel Aviles, who is responsible for Lee Street Park’s design and who headed the City of Jonesboro’s Design Review Commission, says he handed in his resignation July 14, one day after the City Council voted unanimously to approve a height variance and a conditional use permit for four modern lofts atop a one-story historic district storefront.

Aviles said his resignation is effective Aug. 31. In August 2019, Aviles resigned from the Downtown Development Authority and ran for City Council but was not elected. He had provided his professional services free of charge to the city.

“Regarding this project, and at the suggestion of Ricky Clark and David Allen, the DRC did not approve or disapprove this project after two rushed attempts with not enough information presented to us,” Aviles told The Clayton Crescent. “If we would have had the chance to vote, my vote would have been to deny the height extension above 35 feet from street level on both front and back. We made our concerns (known) regarding the building’s height on front and back, roughly 47 and 54 feet respectively, when comparable heights are roughly 34 feet.”

Aviles pointed to the June 15 minutes, when the DRC voted unanimously to table action on the project. Kimberly Lightford made the motion, which Barbara Casey seconded:

The DRC said it was concerned about the proposed height, the new structure overhanging the existing one, and a 52- foot, 6-inch wall going straight up overlooking the Broad Street side.

“This is a concern as it is not compatible with existing building scale in this block.”

Asked for comment on Aviles’ resignation and his concerns about the project, Clark said, “The resignation tendered by Mr. Aviles states that he and his family purchased a home outside of the city which would deem him ineligible to serve.”

“Mr. Allen: With a sad heart, I hereby announce my resignation from my position at the City of Jonesboro Design Review Commission effective August 31, 2020. My family and I have recently purchased a residence outside the city of Jonesboro and will no longer live in the city after August 2020. It has been a great experience and a pleasure working with you and all the DRC members for the past years. I feel honored to have been given the opportunity to serve the city through the DRC”

The Clayton Crescent has requested a copy of the letter.

No minutes or post agendas of the DRC’s meetings have been posted on the city website since Feb. 5. The June 15 and June 18 videos, while difficult to hear at times, have been posted.

On June 18, Aviles said he was leaning towards allowing the facade to angle at 35 feet, then setting back the next apartment to give some visual relief from the street level.

The artist’s rendering shows about an 8-foot setback at the parapet level, architect Andrew Washington told the DRC. In addition, the rear wall includes voids to create shadows, not a sheer surface.

“The way we’re going to keep from harming this building,” Washington said, “we’re going to put columns about every 20 feet on both sides to match the historic aspect of this building. We’ll box them out or have steel columns painted a color that matches the brick or whatever. Those are going to go up (from the basement), punch a small hole through the existing ceiling, all the way up to the roof, and we’re going to create a brand-new floor that hoovers at the parapet level. And that floor supports the other two units….without the existing building having to take any of that load.”

Aviles said, “In general, I think we’re in favor of the development. I think it’ll be beneficial if you work all the inner workings of how to make it work, where the elevator’s going to be. Because not that we care about how the units are going to be inside, but how you work that out is going to affect how you get people out. You may need some exterior stairwell in there.”

“The fire marshall’s all good with us on that,” Allen said. “Mainly, it’s getting you guys with the exterior design elements.”

“I understand that,” Aviles said. “but in the workings of the inside, it could impact how the outside’s going to play out.”

Aviles also questioned having an elevator without any stairwells in the building. Washington said residents would throw ladders over the balcony to escape any fire, “because that’s the prevailing way it’s done in counties around you.”

“So you have only an elevator and no other stairwell going up and down?” Aviles asked. “So if the elevator is down, nobody can get in or out.”

“Until that elevator’s repaired,” Washington said. “But if we put stairs in, it’s going to eat up… a lot of space.”

“Guys, let me inject something else in here,” Allen said. “Design review as a design board, it takes some pressure off of y’all. Y’all don’t have to approve a height. That’s for the mayor and council to, that’s why they make the big bucks to decide that, so y’all don’t necessarily have to approve a number for a height.”

“Okay, so based on Barbara’s question, we’ve satisfied what you guys need from us at this point,” Kimberly Lightford said, “with just our vote on the color and the suggestion and the recommendation being received by the architect and the owner of stepping it back. So we’re…good.”

“They’ve cast their lots with the height they want, so to speak,” Allen said, “so that’s going to be up to the council and mayor to decide, whether they agree or disagree with that. But certainly, what y’all provided is provided good input as to enhancing the design.”

“I think that our discussion is, I still have a level of discomfort with the height that they’re proposing,” said Bonnie Shekarabi, “and we’re trying to help them find a reasonable way to accomplish the same business plan, but yet not throw off the whole aesthetics of Main Street by having a completely two-story building put on top of the existing facade. So for me, my feedback is, it’s still too tall. And especially on the Broad Street, you actually still have gone even a little more extreme to the height because of that. So the only reason I’m entering into conversation is I was trying to find win-wins. But it sounds like, you’re right, you’re married to the plans and you’re not willing to take off a floor, which would keep us within the height constraints and also look nice. For me, like you said, David, it’s up to the council to decide those things.”