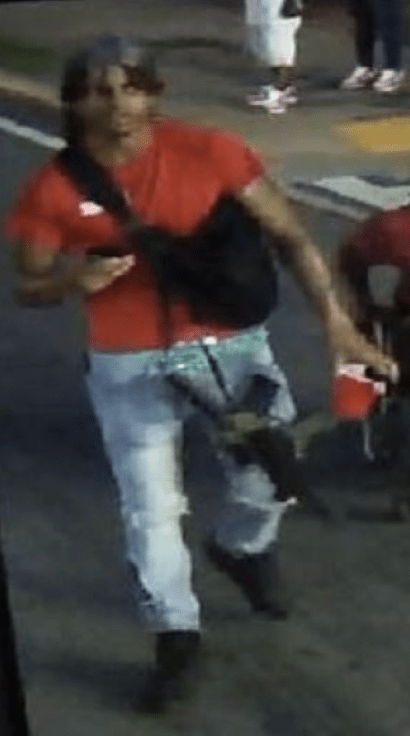 Rewards for information leading to an arrest and indictment in the Secoriea Turner shooting have grown to $50,000 and the Atlanta Police Department has released photos of a second person of interest.

Turner, 8, a rising third-grader at Kipp Ways Primary, was shot dead July 4 after her mother and a friend tried to turn around at an illegal roadblock that vigilantes had set up near the Wendy’s where Rayshard Brooks was shot dead.

Police say Turner was shot in the parking lot of the All American Package Store, 1238 Pryor Road SE.

According to APD, “The preliminary investigation indicates the victim was riding in a vehicle with her mother and an adult friend when they exited the interstate onto University Ave. The driver was attempting to enter the parking lot at 1238 Pryor Road when he was confronted by a group of armed individuals who had blocked the entrance. At some point, someone in that group opened fire on the vehicle, striking it multiple times and striking the child who was inside.” The driver took Turner to Atlanta Medical Center but doctors were unable to save her.

APD previously had released a photo of another person of interest in Turner’s homicide. Both individuals can be seen carrying AR-15-type rifles.

“Somebody, somebody knows the name of this male,” Lt. Pete Malecki said of the first person of interest. “And with a simple phone call, an individual can earn a $20,000 reward being offered through Atlanta CrimeStoppers. In addition, it’s the opportunity to do the right thing.” Malecki added that at least four people were involved.

The day Turner died, a study by the University of California at Davis was released, pending scientific peer review, that found “a significant increase in firearm violence in the United States associated with the coronavirus pandemic-related surge in firearm purchasing.”

APD crime statistics show 28 people were shot in 18 separate incidents in the week ending July 4–double the number of victims and 157% the number of incidents for the same time period last year.

“…Secoriea will be remembered as a bright light who always gave the best hugs. She was sweet, studious, and she stayed connected with her classmates even through distance learning.”

— KIPP Metro Atlanta Schools on the death of rising third-grader Secoriea Turner, killed by vigilantes on July 4 near the Wendy’s where Rayshard Brooks was shot dead by an Atlanta Police officer

We are profoundly heartbroken over the tragic and senseless loss of one of our KIPP Metro Atlanta students, Secoriea Turner. We share our grief with Secoriea’s family and friends who are experiencing an unimaginable loss and we offer our deepest condolences and support during this extremely difficult time.
⠀
Secoriea was a brilliant and beautiful rising 3rd grader who attended KIPP WAYS Primary School (@kippwaysprimary). Among so many things, Secoriea will be remembered as a bright light who always gave the best hugs. She was sweet, studious, and she stayed connected with her classmates even through distance learning.

Secoriea will be truly missed and her beautiful spirit will be cherished forever by all who knew her.

Turner’s family says the public is welcome to attend a viewing Tuesday, July 14 from 9 a.m. to 6 p.m. at Murray Brothers Funeral Home, 1199 Utoy Springs Rd. SW in Atlanta. Film mogul Tyler Perry said he will pay for Turner’s funeral, which is private but will be livestreamed at www.mbfh.com on Wednesday, July 15 at 11 a.m. Turner, who was the cousin of Forest Park business services specialist Tiffanie Robinson, will be buried at historic Lincoln Cemetery.

The family has hired a legal team, including attorneys Mawuli Davis and Harold Spence of Davis Bozeman, joined by Shean Williams and Sam Starks of The Cochran Firm.

Attorneys and members of the local community say they will be going door to door with flyers in the search for the persons of interest. Anyone who wants to join the effort should meet at the Dunbar Recreation Center, 477 Windsor Street S.W. on Tuesday, July 14 at 11 a.m.

Watch press conferences on the case: