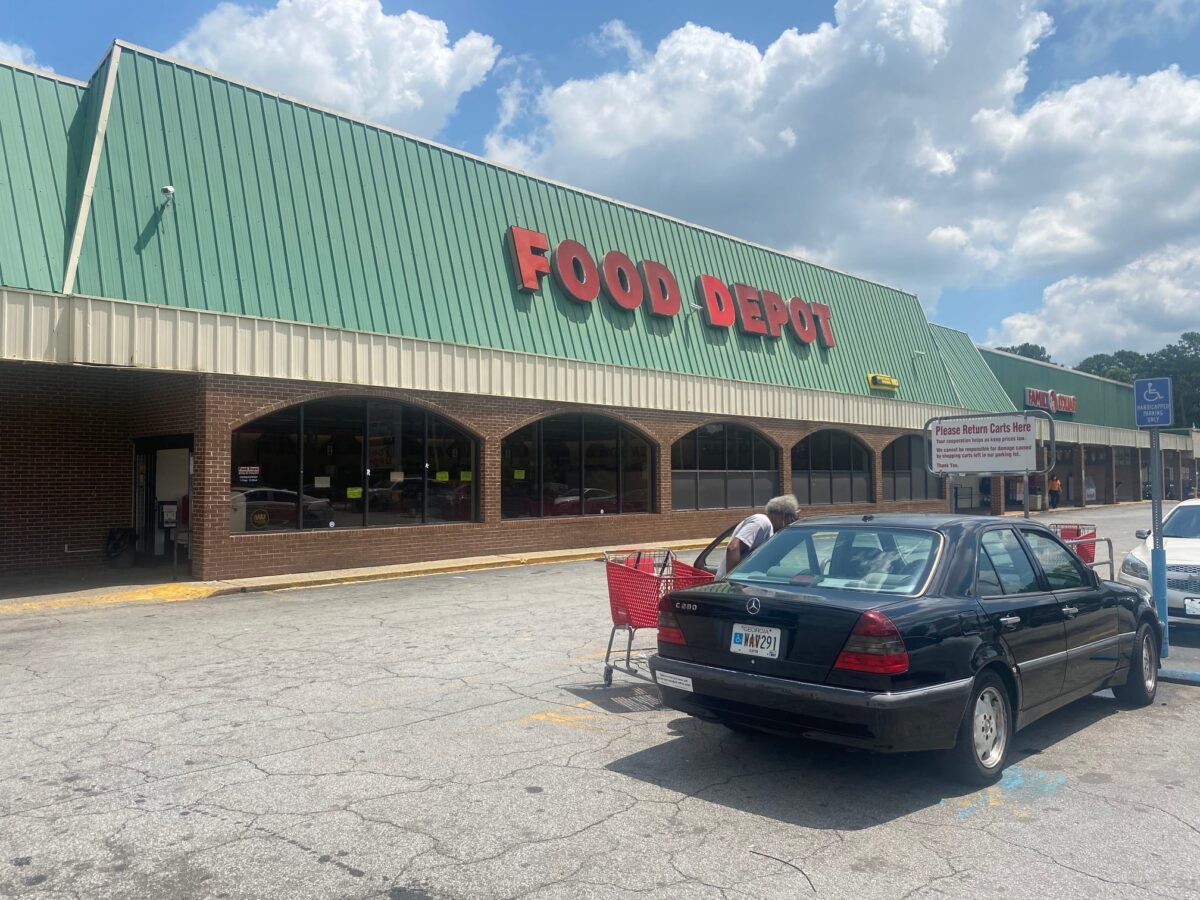 Forest Park Police detectives are searching for two suspects who they say held up the Food Depot at 792 Morrow Road Thursday afternoon.

Police say two armed men wearing surgical masks forced their way into the office, assaulted an employee, and demanded money from the safe and registers.

The men fled the scene in “a grey four door vehicle,” police said.

A manager who said he was still collecting information about the incident said the robbers used a gun to hit the employee in the head and the hand. “I think she got hit on her finger, too, and on the side of the head,” he said. “I’m not 100 percent sure….but she was bleeding, there was blood and stuff in there.”

He added that the employee had just called to say she had been discharged from an overnight stay at a hospital.”She’s home right now. She’s good right now,” he said. “The police are working on it, so hopefully we get some resolution.”

The store has numerous security cameras, both inside and out. A heavy chain blocked the entranceway to the front office Friday.

FPPD says it has video and photos from the scene that it plans to release soon. Anyone with information should call (404) 366-4141.