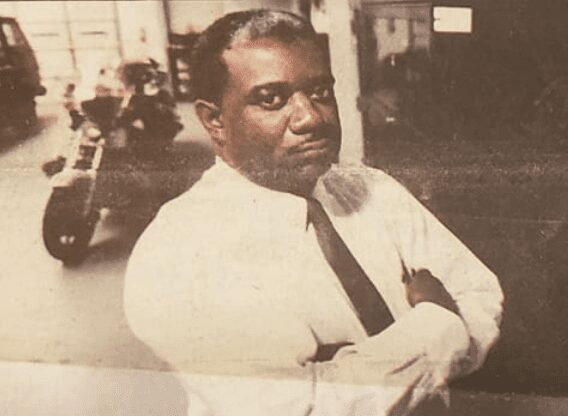 The Clayton County Board of Commissioners is set to name two Clayton County Police Department facilities after the county’s first and second African-American police officers.

Commissioner Sonna Singleton Gregory announced Tuesday that she will sponsor a resolution to name the Ellenwood precinct the Sharkley Buford Sector 1 Precinct. In addition, she said, she will sponsor a presentation by CCPD Chief Kevin Roberts to name that building’s roll call room after Retired Maj. Sherman D. Lemon.

A native of Bainbridge, Buford graduated from Fort Valley State University, worked for Owens-Illinois, then joined the military where he worked in a Judge Advocate General (JAG) unit. There, a superior officer who later became Dekalb County’s Public Safety Director, Dick Hand, took an interest in his career. Buford took mugshots and fingerprinted inmates in Dekalb until “Sheriff Robert Deyton called him after six months to announce that Buford was ‘going on the road.'”

Buford joined the Clayton County Police Department in the early ’80s and served under Chief Howard Smith for two decades. Some years later, J. Charley Griswell hired him as a commission aide.

Buford retired as head of the Clayton County Health and Safety Department about ten years ago, then opened Helping Other People Eat (HOPE) Shelter, Inc., which serves women and children transitioning from poverty and homelessness to affordable housing and permanent employment.

He and his wife Delores have been married for 44 years this month.

Lemon, son of the late Willie D. and Mary C. Lemon, was born in McDonough. While at Henry County Senior High School, Lemon spent his nights at Gordon Junior College and went to work as a certified EMT before graduation. He also The went to work at the family business, W. D. Lemon & Sons Funeral Home. He earned an associate of science from Gupton-Jones College of Mortuary Science and became a licensed funeral director and embalmer.

That July, the Clayton County Police Department hired him. Lemon completed the Police Academy in 1979, working his way up from Patrolman to Detective, Detective Sergeant of the Criminal Investigations Division (CID), then Lieutenant as a zone commander in the Uniform Patrol Division, Captain Precinct Commander, Major and Commander in CID until he retired in 2007.

Watch the meeting at 6:30 p.m. at http://claytoncountyga.iqm2.com/Citizens/SplitView.aspx?Mode=Video&MeetingID=1257&Format=Agenda