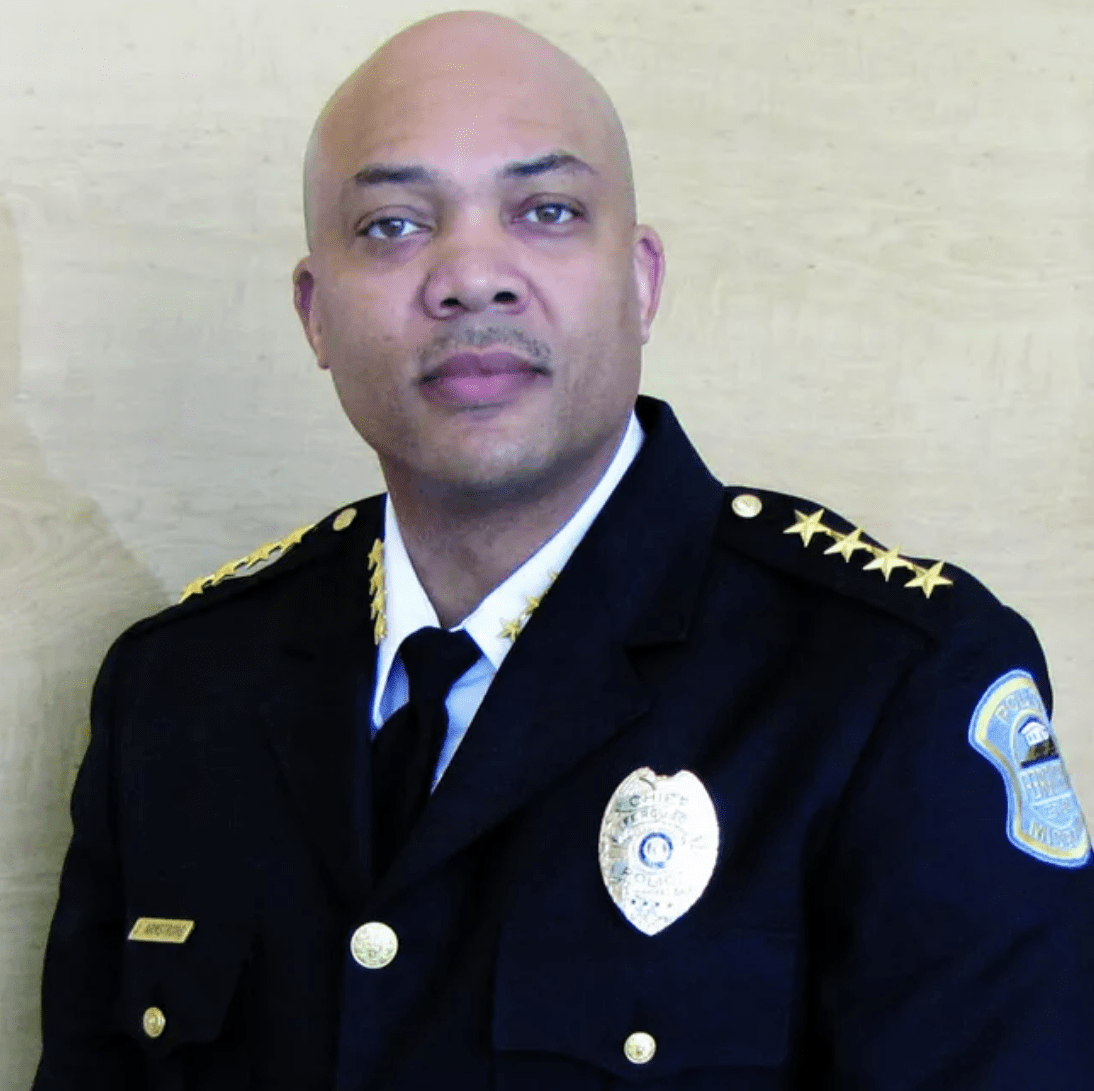 In 2019, the International Association of Chiefs of Police named Armstrong one of its 40-Under-40 award winners, who “represent the top rising leaders from around the globe, exemplifying leadership, dedication, and service to their communities and the law enforcement profession.”

The IACP noted that, “[d]uring his time as interim chief of police of Forest Park Police Department in 2018, Chief Armstrong helped to implement the 21st Century Policing Model to guide the organization’s focus on procedural justice. Within the next three months, Chief Armstrong noticed the lowest crime rates in over 20 years in the Forest Park area.”

Armstrong implemented the Cops in Barbershops program in Forest Park last year before he was hired in Ferguson.

Listen to the interview here: