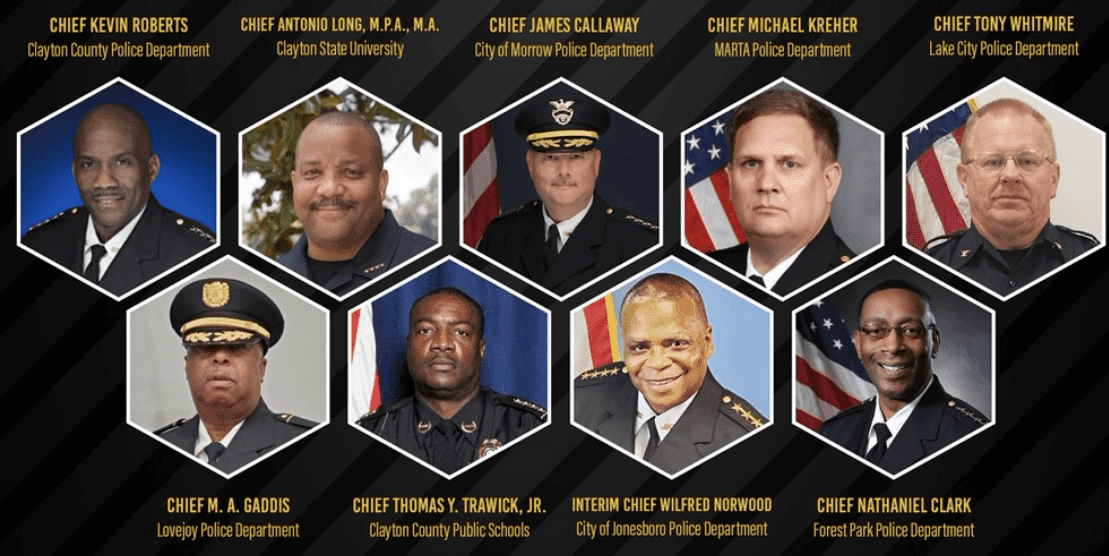 Clayton County’s police chiefs will take part in a virtual Town Hall on police reform and community engagement on Tuesday, June 30 at 6 p.m.

Clayton County Commission Chair Jeff Turner will moderate the panel, which will include:

The town hall comes amid calls for police reform both nationwide and in Clayton County.

“What prompted me to hold a police reform forum is because of the state of our society today where there is a mistrust by citizens of our police officers,” Turner said. “Please note that I am talking in general and not specially about Clayton County.”

“I believe for citizens to start regaining trust in their law enforcement agencies they have to view them in a different light. The citizens must see them in a humanistic way.”

At the same time, Turner said, “Agencies must be transparent and inclusive of the community. I’m hoping that the attendees will start to understand that the local authorities throughout Clayton County are serious about police reform and creating better policies to serve all of our citizens regardless of race, color, ethnicity or sexual orientation. “

Turner said the time for both sides to talk is now.

“In my opinion, it is very important for law enforcement agencies to start a dialogue with their communities to answer some very tough questions that’s resonating throughout our country, and that dialogue should happen sooner than later.”

To send in your question for the panelists, visit https://www.claytoncountyga.gov/residents/public-comment-form.