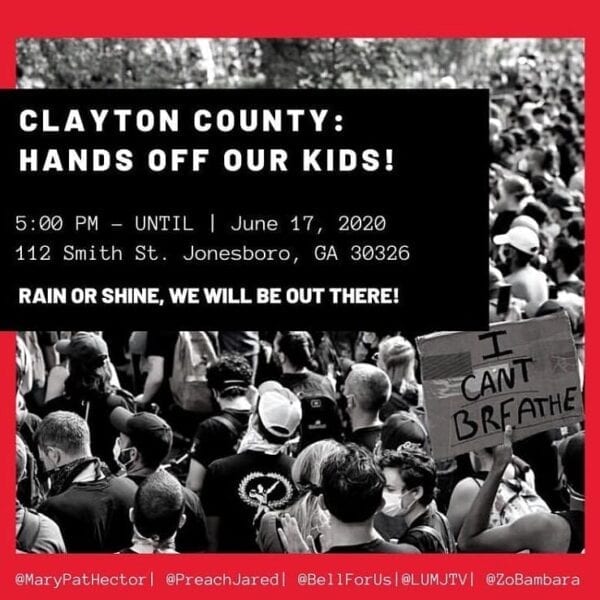 The Clayton County Young Democrats, led by Eric Bell II, has issued a list of six demands for police reform in Clayton County. The list is signed by CCYD, “other local organizations and concerned citizens.”

Bell, PROOF, and Tired Movement are holding a protest against CCPD at the Board of Commissioners office at 112 Smith Street at 5 p.m. Wednesday. The demonstration comes after a CCPD officer, responding to a call of teenagers with a gun, pointed his service weapon at the teens as nearby residents shot cell phone video. The teens were searched and found not to be armed but admitted to having tossed a BB gun in some nearby woods. The officer turned the teens over to their parents.

The changes the group wants to see include:

The 21st Century Policing Blueprint is a project of the International Association of Chiefs of Police (IACP), which call the plan “Policing strategies as best practices designed to help agencies promote effective crime reduction while building public trust and safeguarding officer well-being.”

The Clayton County Police Department lists its mission, vision and goals on its website. It also has posted its 2019-2022 Strategic Plan online. CCPD says its vision is “dedicated to establishing safer communities by building trust and confidence through professionalism and collaborations.” It also requires officers to “treat each other and the community with respect” and to “service the community as you would want a family member to be serviced.”

The Clayton Crescent has forwarded a copy of the demands to CCPD, asking which of the policies, if any, the department already has in place.