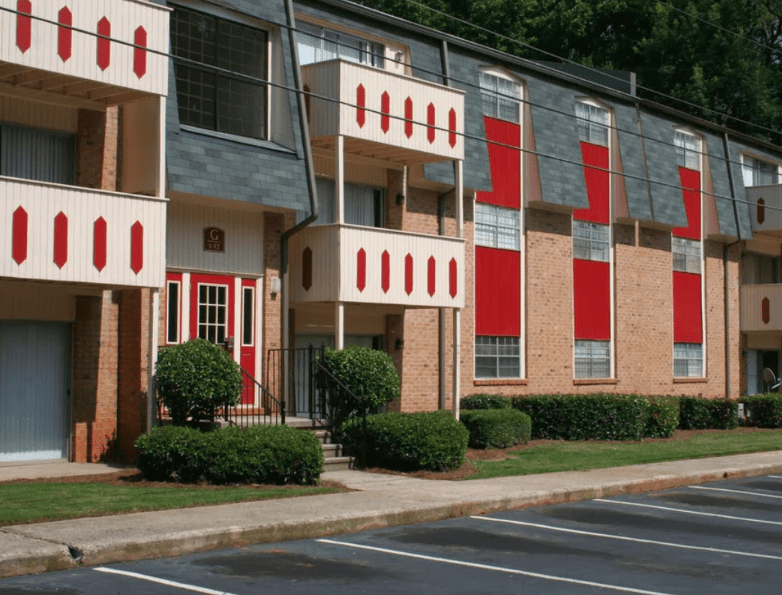 The Georgia Bureau of Investigation is looking into an officer-involved shooting after a group of armed men allegedly carjacked a driver near the Vera Cruz Apartments on Old Dixie Highway and shot it out with police.

According to a press release from the Clayton County Police Department, the five men carjacked a vehicle with four people inside at Old Dixie and Johnson Road. The men hit the driver in the head with the butt of a gun.

Police say the man was able to track the car because his iPad was still inside. Another police officer saw the car and tried to pull it over. Instead, the men in the stolen car fled back to the scene of the carjacking, crashed at Laurel Pointe Apartments, then bailed out in two different directions as officers ran after them.

The two injured suspects were taken to local hospitals with what CCPD says it believes are “non-life-threatening” injuries.

“The three suspects that were observed in the stolen vehicle have been taken into custody,” CCPD said, adding that two of the suspects are 17 and a third is 20. CCPD says it recovered four handguns from the scene.

This is CCPD’s third officer-involved shooting in recent months.

On March 20, a suspect shot at CCPD officers, also at at the Laurel Pointe Apartments. That suspect was taken to the hospital with non-life-threatening injuries. No one was injured.

On March 24, another CCPD officer was shot while chasing a suspect near the Oak Run Apartments, 7878 N. Main Street, Jonesboro, but her bulletproof vest saved her life.