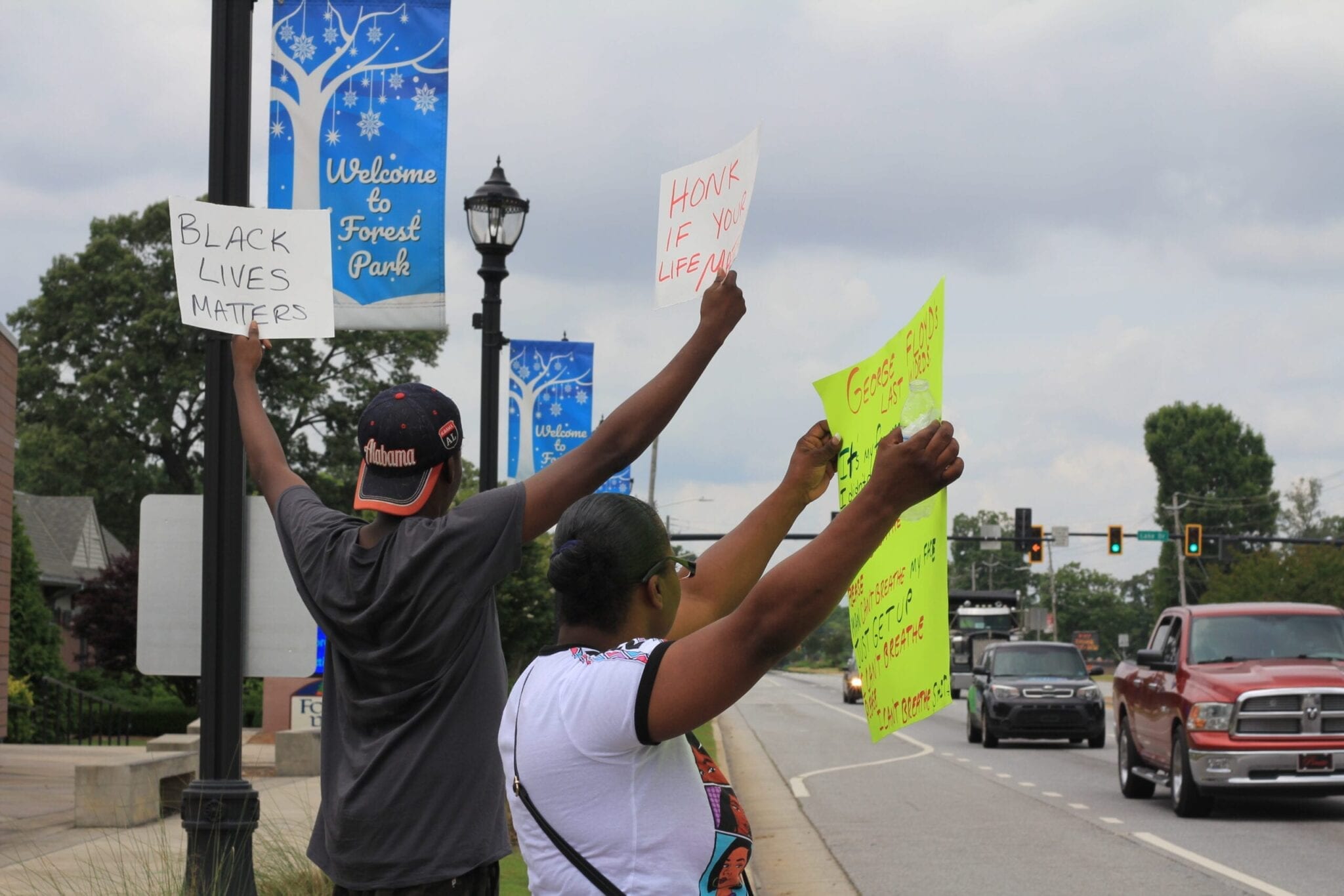 “No justice, no peace! It’s time to fix the police!”

A Forest Park woman who identified herself as Wezzy (“And let’s leave it at that”) said she has been at the protests in Atlanta all week. Finally, she reached the point where she thought she should protest closer to home.

She, her brother, Messiah, and her three-year-old daughter, Serenity, who was cheerfully babbling in Spanish, English, and small-toddler-ese, waved signs outside the Elaine Corley Recreation Center, as the occasional driver honked in support.

Wezzy said she feared for her brother’s safety because police had stopped him, saying he matched the description of an armed suspect.

“He’s never been in trouble a day in his life,” she said.
“He don’t even know how to get in trouble.”

“Who’s next?” Messiah said. “It could be anybody, It doesn’t have to be black. But the majority of the people dying are black.”

Wezzy said she spent $50 on a case of bottled water and made 100 signs for people to wave and that she’ll be out all day, even if no one else joins her.

Serenity appeared to be making her own speeches but not fully understanding what her mom and uncle were doing. Her mom stayed busy teaching her not to litter, keeping her out of the anthill, and keeping her close by.

In response to the comment that she would look back on this day when she grows up, Wezzy replied, “If they don’t kill her. That’s how you have to look at it,” then chased after her toddler.