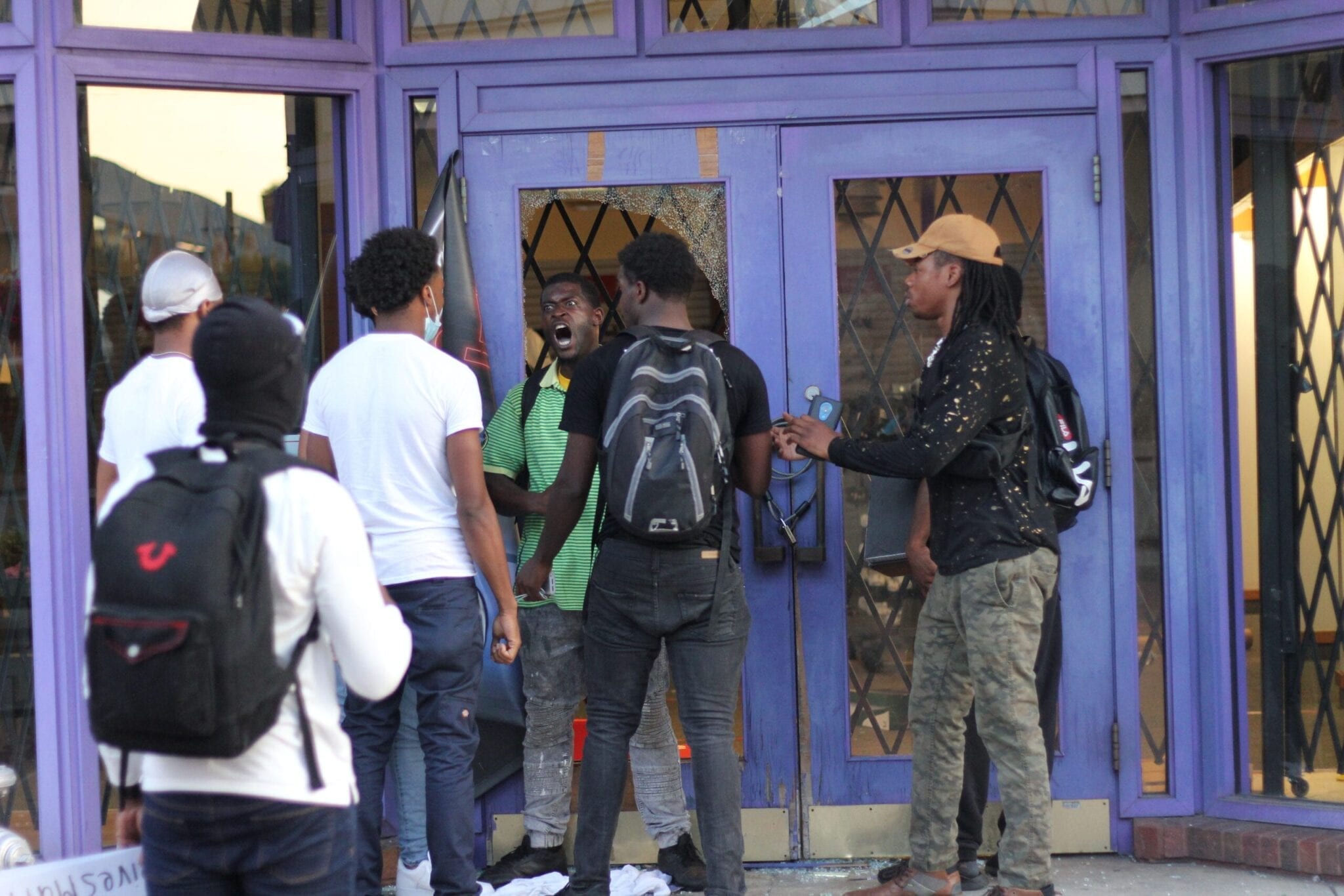 While demonstrators danced to “ATL Hoe” a block away, looters cleaned out the Foot Locker at Underground Atlanta while at least two men–including the man in the green shirt shown above–tried to reason with or physically stop them. Police monitoring the nearby rally eventually showed up after most of the store’s merchandise was gone. One young person with a shoebox under one arm was snatched from the store, roughed up, and told to go home. A man emerged from the broken-out door with a semiautomatic pistol clearly visible in his waistband. Another person, completely covered in motorcycle gear and a helmet with a reflective face shield, walked away from the store, got on a nearby motorcycle with a facemark covering the license plate–but marked with the social media tag @Atltuners and “North Side Mafia”– and rode off. Georgia State University police in riot gear eventually arrived to guard the store. A district manager for Foot Locker and the store manager arrived later to retrieve cash from the locked register but had no comment.