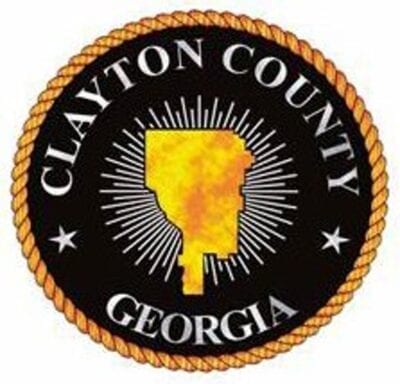 The Clayton County Board of Commissioners will take up a proposed ordinance Tuesday evening that could change the way civil service employees appeal disciplinary actions.

The amendment would give hearing officers the power to review disciplinary action appeals “by persons employed in several departments and offices of the County included in the civil service system who claim to have been improperly suspended, demoted or dismissed.”

Clayton County Chairman Jeff Turner said, “The ordinance came about as the result of the civil service board having to or being asked to recuse themselves from cases involving sheriff deputies because one of the members is an ex-employee of the sheriff’s office that Sheriff Hill fired in the past. The sheriff felt that the hearings involving his office would not be fairly judged because of that board member and the influence he has on the board.”

According to Turner, the amendment has been in the works “for quite some time now,” is not related to any litigation, and will allow hearing officers to conduct appeal hearings in case of any conflict of interest on the civil service board.

“This change is being requested to make sure that the hearings are transparent and fair,” Turner said.

The civil service board will have five appointed members who have lived in Clayton County for at least two years. Members must be high school gradutes and registered voters who are current on their taxes, and they cannot be an elected official or a county employee. Each year, members will be required to take at lease one course or seminar on personnel matters from the Clayton County Personnel Department, the Georgia Local Government Personnel Association, or a similar authorized organization.

For dismissals, demotions, or suspensions for cause, the BOC chair “shall establish a pool of persons eligible to serve as hearing officers” under a process the chair will establish. In addition, “(i)n the discretion of the chairman of the Board of Commissioners, the approval of the board of commissioners may be sought for any and all such pool of persons.” Hearing pool members cannot have worked for the county in the preceding ten years.

“Cases are years behind,” Turner said. “The hiring of a hearing officer will get cases moving again plus provide us with an alternative when a conflict of interest exists during a hearing.”

The county would compensate members for attending board meetings and hearing officers for conducting hearings.

In addition, the proposed ordinance defines both actual and apparent conflicts of interest and provides that a board member with a conflict not take part in the appeal. Any dispute over a board member’s conflict of interest shall be decided by the hearing officer.