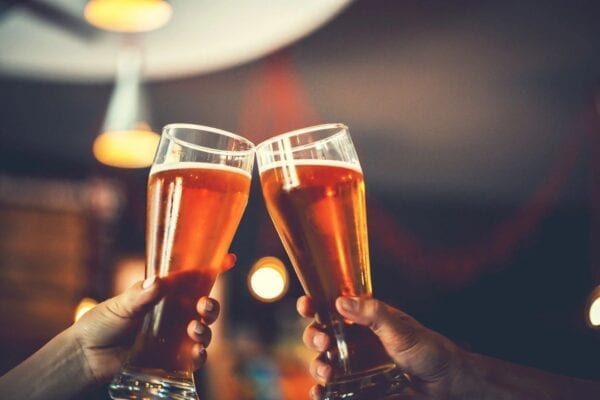 The Forest Park City Council is considering an ordinance that would allow brewery and distillery tours and taste-testing, as well as another that would allow “facilities for the manufacture of low-THC oil within certain districts within the city.”

Under a state law passed in 2017, the city would allow “tours, tast-testing, on-premises consumption and limited package sales.” A companion zoning amendment would outline which areas of the city could host breweries, distilleries, and brewpubs.

All operations would have to take place inside an “enclosed building.” Tours would be allowed to give free tastings but not between 12 a.m. and 8 a.m. on any day, nor on Sundays before 12:30 p.m. and 11:30 a.m. or any other days or times prohibited by state law. Businesses could choose to offer free non-alcoholic beer or food. They also could sell souvenir containers or retail packaged alcohol, “provided that such alcoholic beverages are purchased from a licensed wholesaler.”

Brewpubs will be allowed to operate restaurants, following the wame rukes as distilleries, under the above rules, including “alcoholic beverages by the package for consumption off the premises.” They also would have to pay state and local taxes.

Residential zones and “any other prohibited zoning district established in the zoning ordinance” would be off-limits. Also, distillery tourists would not be allowed to take their drinks off premises.

City Attorney Mike Williams said the ordinance would allow for a certain “synergy,” such as a jazz club down the street from a sports bar.

Another state law, the HOPE Act, would allow the city to go to bat for one of a limited number of businesses that would be considered for a license to manufacture low-THC oil.

These would be allowed only as conditional uses in light industrial, heavy industrial, planned industrial, and Gillem zoning districts.

Applicants who want to apply for a conditional use permit would have to give the city a copy of “the entire license application it submitted to the Georgia Access to Medical Cannabis Commission,” a detailed site proposal plan if one is not provided for in the license application, and “to the extent the Forest Park Police Department is part of the application’s security plan, written approval of the Chief of Police as to such plan.”

In addition, the mayor and City Council would have to deliver a letter of support to the Georgia Access to Medical Cannabis Commission before considering any conditional use permit application.

Under state law, people who hold a Low THC Registry Card may possess up to 20 fluid ounces of low-THC oil for treatment of severe or end-stage illnesses such as cancer, AIDS, Parkinson’s, sickle cell, Alzheimer’s and other severe conditions.

Recreational cannabis use remains illegal in Forest Park, although arrests for possession under one ounce no longer result in jail time.

The city tabled action on a research assistant position and a communications officer position, which were not on the published agenda. The council also set aside an assistant city manager position, which Councilwoman Latresa Akins-Wells said would have made the police and fire chiefs responsible to that person. Akins-Wells also said the salary range went beyond the city manager’s salary.

In closing remarks, Mayor Angelyne Butler called for a town hall meeting on issues surrounding the recent demonstrations in Atlanta. Councilman Allan Mears asked City Manager Albert Barker to keep him in the loop on any plans should similar unrest “come to our fair city.” Butler praised Barker for coordinating with Atlanta’s request for interagency assistance with the demonstrations over the weekend.

Councilman Hector Gutierrez noted that a member of his family has COVID-19.

The meeting was held online at https://bit.ly/3cnYNvy with password 421566. Parts of the discussion were not audible to attendees. The Georgia First Amendment Foundation recently held a town hall on how local governments can navigate Georgia sunshine law requirements. Specifically, state law requires that government agencies always err on the side of more information, not less, and COVID-19 does not change that mandate.