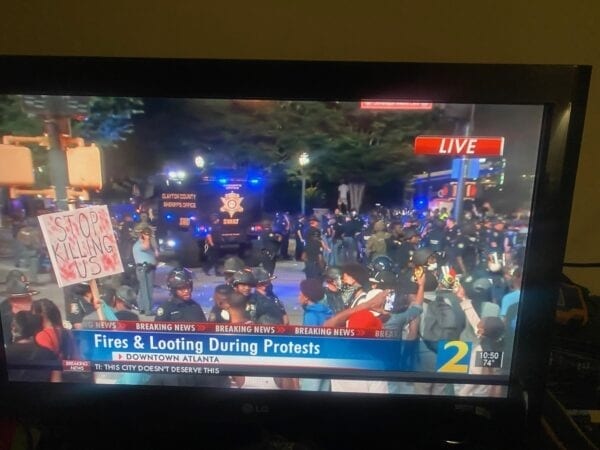 The protests condemned police violence against George Floyd, who was killed after Minneapolis police officer Derek Chauvin kneeled on his neck for several minutes. Chauvin was fired and has been charged with murder.

Atlanta’s demonstrations began peacefully but turned violent when protestors at CNN Center threw objects at police, including an officer guarding Chief Erika Shields, smashed windows, and set an Atlanta Police Department cruiser on fire. Several people were arrested, with additional fires set in Centennial Olympic Park and unrest spreading to Lenox Mall in Buckhead, according to the Atlanta Journal-Constitution.

“Based on mutual aid between neighboring agencies, we are in agreement to lend aid when requested,” said Lt. Cherie West.

It is common practice for police agencies to come to one another’s assistance during emergencies or large-scale civil unrest.