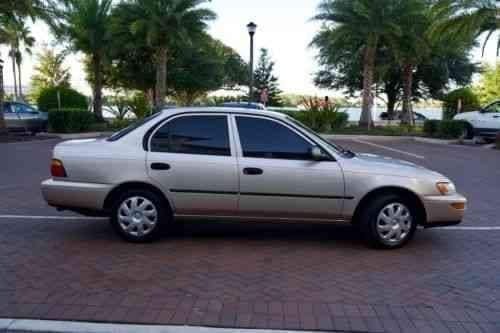 May be in metro Atlanta, investigators say

The Georgia Bureau of Investigation is asking the public to be on the lookout for a 1997 gold Toyota Corolla with Georgia tag RTJ6295 that belonged to one of two women who were killed and thrown off a bridge in Rome.

The GBI says the car belonged to Vanita Richardson, 19 and that she and her sister, Truvenia Campbell, 31, were in the car the evening of Tuesday, May 12. Sometime between 10:30 p.m. Tuesday and 11 a.m. Wednesday, investigators believe, the women were killed and left under the Etowah bridge near Wilbanks Road and Houston Mill Road. A Georgia Department of Transportation crew working on the bridge found the women Wednesday morning. The Rome News-Tribune, citing scanner traffic, said the women’s heads were covered by bags and that spent shotgun shells were nearby. However, the GBI did not confirm that information as the investigation is ongoing.

Richardson was to have graduated from high school next week.

Investigators think the car “could be somewhere in the Metro Atlanta area” and urge anyone with information about the car or the investigation to call the GBI tipline at (800)-597-8477.