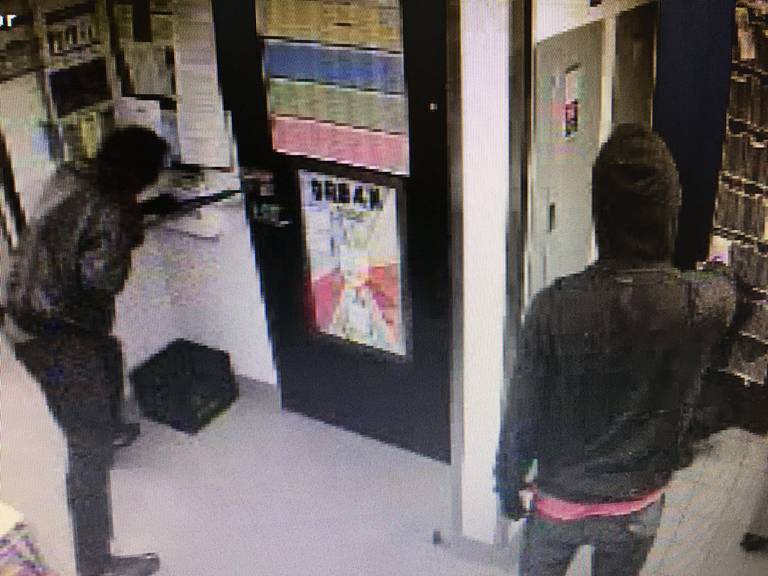 Three former employees of a Clayton County Waffle House are in custody, charged with holding up eight other Waffle Houses around metro Atlanta.

Myia Lasheay Thompson, 20, of Jonesboro; Jermain Anthony, 27, of Riverdale; and his brother, Johnny Leon Anthony, 27, also of Riverdale, were arrested May 1, according to the Coweta County Sheriff’s Office. The Macon Telegraph reports Thompson was Johnny Anthony’s girlfriend. They were arrested in Clayton County, while a tip led law enforcement to arrest Darien Anthony on I-475 in Bibb County. Darien Anthony also has warrants for his arrest out of Monroe County. All three are in the Bibb County Jail, charged with armed robbery, and have additional holds on their records.

The holdups took place between March 6, when the trio struck a Waffle House in Lithia Springs, and March 29, at a Waffle House in Newnan at Exit 51. On March 27, they allegedly hit a Macon Waffle House at 5440 Bowman Road off I-75. Other locations included Tallapoosa, Conyers, Forsyth, Kennesaw, and Palmetto, according to the Newnan Times-Herald.

The Federal Bureau of Investigation joined local law enforcement agencies to track down the suspects.