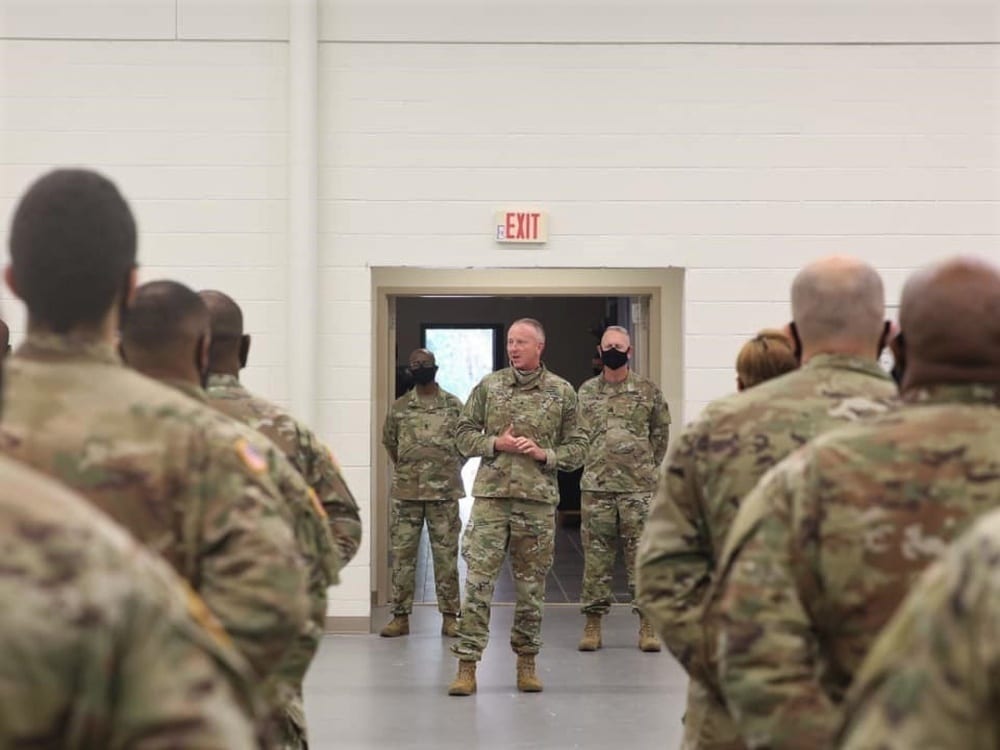 Members of the Georgia Army National Guard‘s 221st Military Intelligence Battalion have been deployed overseas from Gillem Enclave in Forest Park. The National Guard did not state where the troops were headed.

The battalion, founded in 1998, is with Company A and was deployed Sunday, May 4 as Gov. Brian Kemp and family looked on. The previous day, according to the National Guard, members of the 874th Engineer Utilities Detachment also had been deployed from Toccoa. In addition, Georgia Air National Guard airmen were deployed last week.

“It’s important to recognize that in the midst of a global pandemic, a national and state emergency, that Governor Kemp and First Lady Marty Kemp, on her birthday, along with daughters Jarrett and Amy Porter came out to wish our unit their best and to let their families know the State of Georgia has their back,” said Georgia Army National Guard Commander Brig. Gen. Randall Simmons. “Their presence and words of encouragement were certainly a morale boost for the deploying force.”

Simmons congratulated the Soldiers of the 221st and remarked on the dual mission of the Georgia National Guard.

“For the past couple of months, the Georgia National Guard has been engaged in an unprecedented mobilization in support of COVID-19, but today you will deploy to fulfill our federal mission by deploying overseas to defeat our enemies and deter aggression against our country,” Simmons said. “Because of our state and federal mission requirements, you are the most agile and adaptable service members in our total force.”

“Each of you have taken an oath to support and defend the Constitution, so you expect deployments,” he added. “However, your families did not take an oath, yet they will bear a large portion of the sacrifice. Without their support, this deployment would not be possible, and our country would be less safe. I know you are well trained and ready. Good luck and God’s speed.”