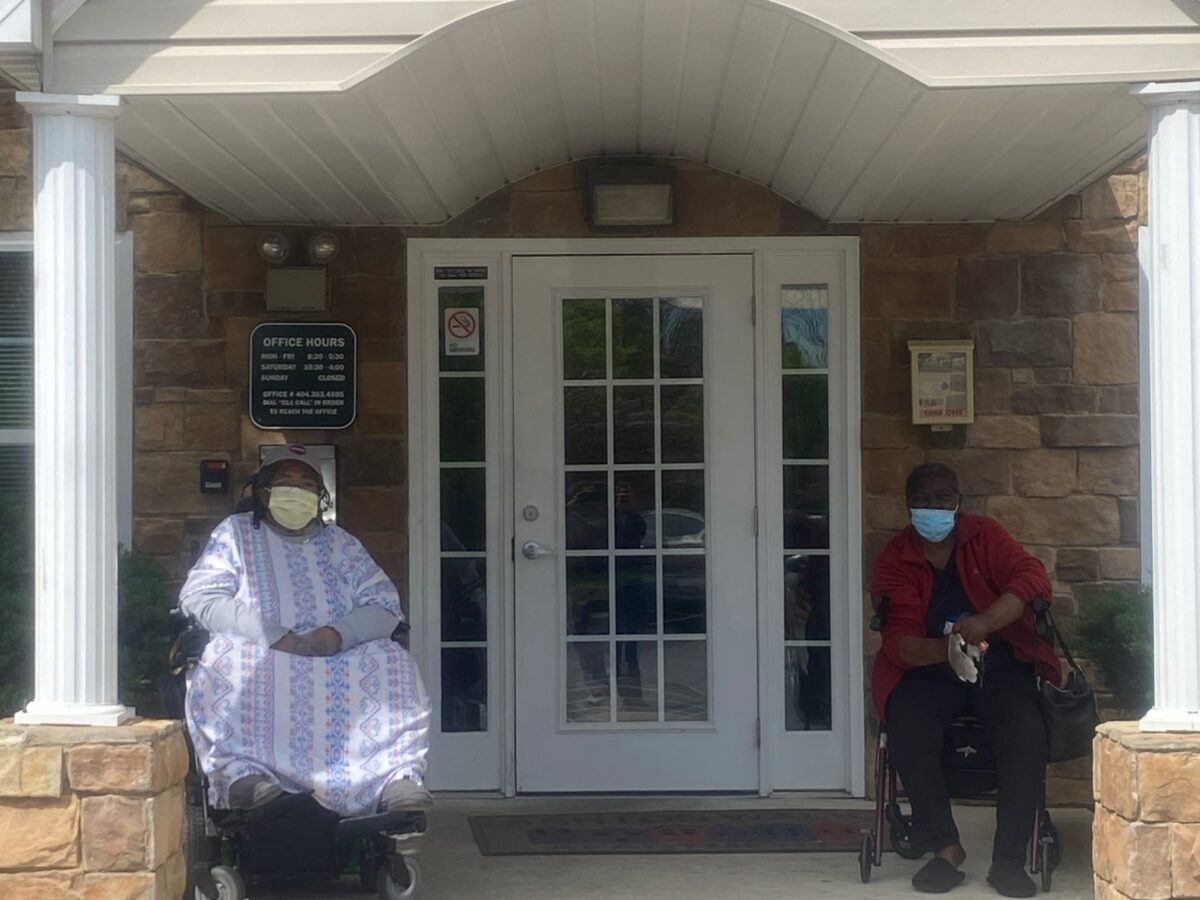 Three residents of a Forest Park apartment complex for low-income seniors have died of COVID-19, according to various sources. All three Ashton Walk residents were African-American, according to State Rep. Valencia Stovall, who confirmed the third death on May 8 during an interview with The Clayton Crescent. The apartment’s management company, HSI Management, Inc., says testing will be offered to residents on Monday, May 11.

“All of us at HSI are saddened by the deaths of the residents at Ashton Walk Apartments. The well-being of our residents continues to be the focus of our staff as they work diligently on the property where they continue to follow the guidance of the CDC. They are also working with the local authorities in Clayton County and the City of Forest Park.

“Each time there has been a case of COVID-19, our manager has reached out to the Department of Health for guidance. Yesterday, Mayor Butler of Forest Park organized another conference call with the residents of our property as well as the other two properties in our cul de sac. The call included the Mayor, the Forest Park City Council, and the City Health Director (who incidentally had been in contact with Clayton County Health Director for input for the call.)

“The officials went over with the residents their responsibilities to protect their own health — including wearing masks and social distancing. The call also reviewed the testing that the Mayor’s office helped facilitate that is scheduled for Monday, May 11, 2020. The Clayton County Emergency Management Agency in conjunction with the Georgia Department of Community Health will run the testing. The testing is, of course, voluntary, and I understand that according to the pre-registrations, there will be good participation at all of the properties.

“We hope the continued vigilance of our staff combined with the support of the Mayor’s office, other local officials and the local Health Departments will help our residents stay safe during these challenging times.”

Mayor Angelyne Butler explained testing did not happen sooner was because “In the beginning of the pandemic, testing and tests were limited and the requirements were stringent. Additionally, there was a lot of confusion on whether Ashton Walk was a long term care facility or not…. By every definition of a(n) LTC facility and by the admission of the management company and the property owners, they are not an LTC.”

Butler added, “Priority was given to facilities with higher comfort cases. Also, Ashton Walk is a private facility and the DPH (Department of Public Health) confirmed that they have and continue to follow the CDC and DPH guidelines.”

Ashton Walk, she said, “fell into a gray area.” Although it is a facility for people 55 and older, “they are warranted the same liberties as anyone residing in an apartment complex.”

During the May 4 city council meeting, Mayor Butler had announced that two residents had died of COVID-19 infection.

Butler said she had asked the the National Guard to come in and disinfect common areas in the complex: “Unfortunately, at that time the focus was on LTC facilities and other facilities with higher (numbers of) confirmed cases.”

The National Guard did not treat individual apartments, Butler said.

Earlier that day, Stovall had posted about the first two deaths on Facebook, saying she and community activist Lawanda Folami had “email threads to prove requests after requests for testing” at the complex “to mayor (Butler), city council, Clayton County Health District, & county.”

Stovall added,”The city has its own EMA which could have done the testing onsite. Yes, it was cleaned by Natl Guard but wasn’t followed up with testing.”

That afternoon, Councilman Dabouze Antoine said during the council meeting that “naysayers” were spreading negativity about the deaths. Although Stovall and Folami have clashed in the past with city officials, Antoine did not specifically name anyone.

Trivers had stated on April 22, “The National Guard did come out to the property on the morning of Friday, April 10.  There wasn’t much for them to do in comparison to the nursing homes they had been going to, but our manager tells me that they were at the property for a little over an hour.  They stayed exclusively in the common areas so they didn’t ask for anyone to leave their apartments.”

At that time, Trivers added, “we (had) not been made aware of anyone else at the property testing positive. We hope that the Governor’s order to open certain businesses starting at the end of this week is a positive move for the state and gets us on the path to normalcy.”